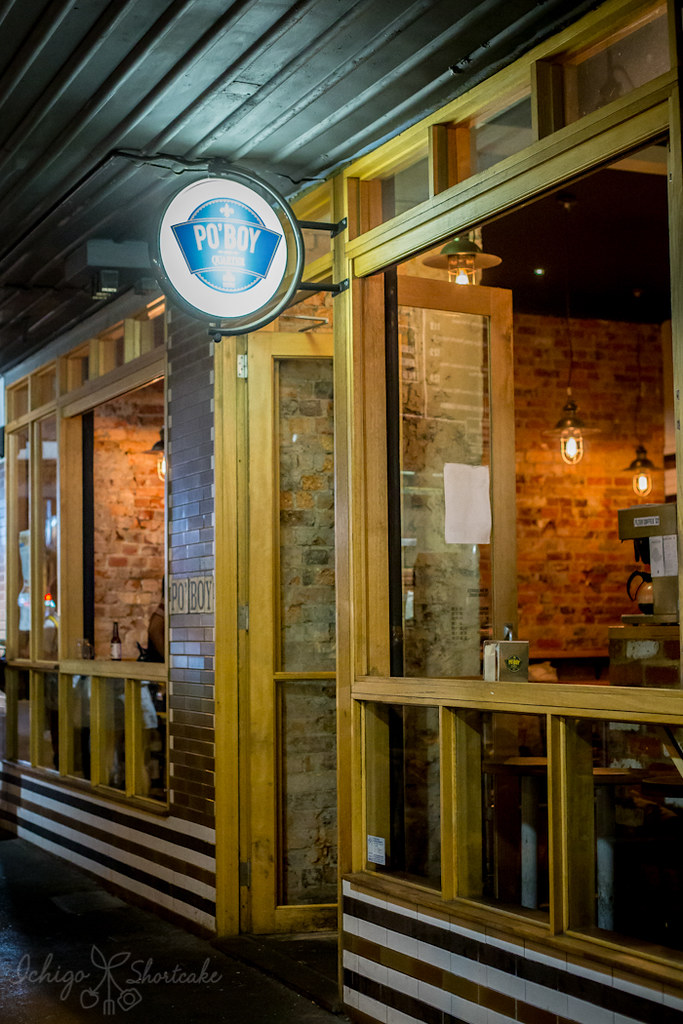 Every time Yuye and I want to eat out after work, it’s a test. A test of organisational skills (to find that late night spot that’s still open), a test of hunger management (eating after 9pm has become a frequent thing), a test of speed (to get there before the kitchen closes) and a test of patience (finding a parking spot in inner city isn’t always easy).

Luck has been on our side lately and we’ve managed to find ourselves a few go-to spots for a good, satisfying late meal. One of them being Po-Boy Quarter. 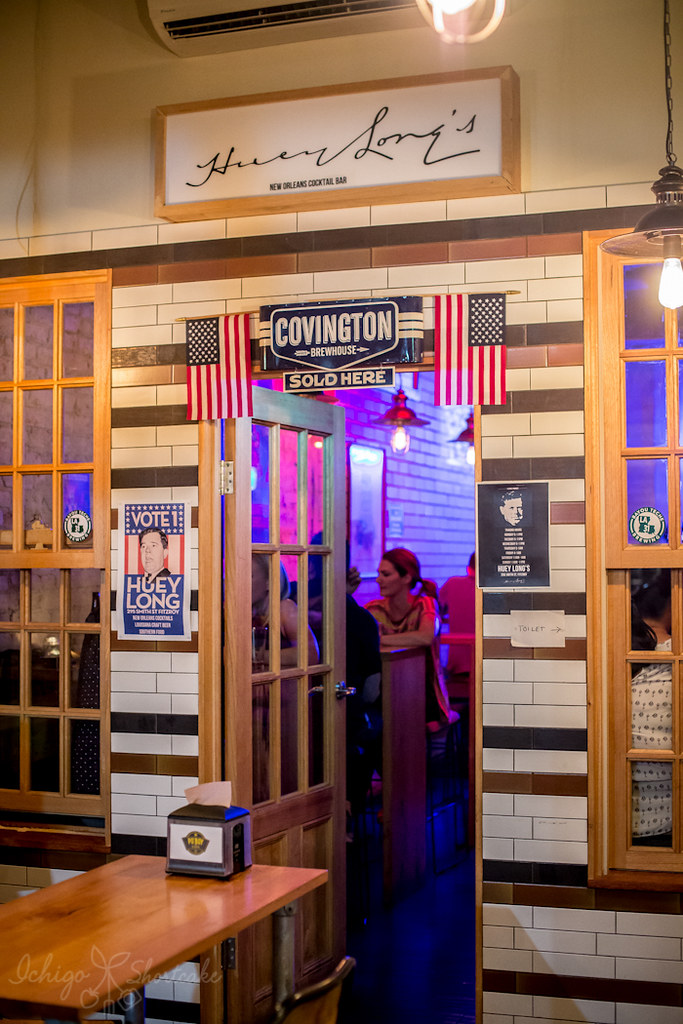 When Gumbo Kitchen (the food truck) opened, we’ve had a few unsuccessful attempts to visit. It’s either too out of our way, not open or something else came up and we didn’t end up going. It’s like they’ve finally heard my prayers and decided to open a formal dine in venue serving the same hearty Southern American style food in the heart of Fitzroy.

Parking isn’t too much of a problem since there’s always the Woolworths parking upstairs if we can’t find a street park. 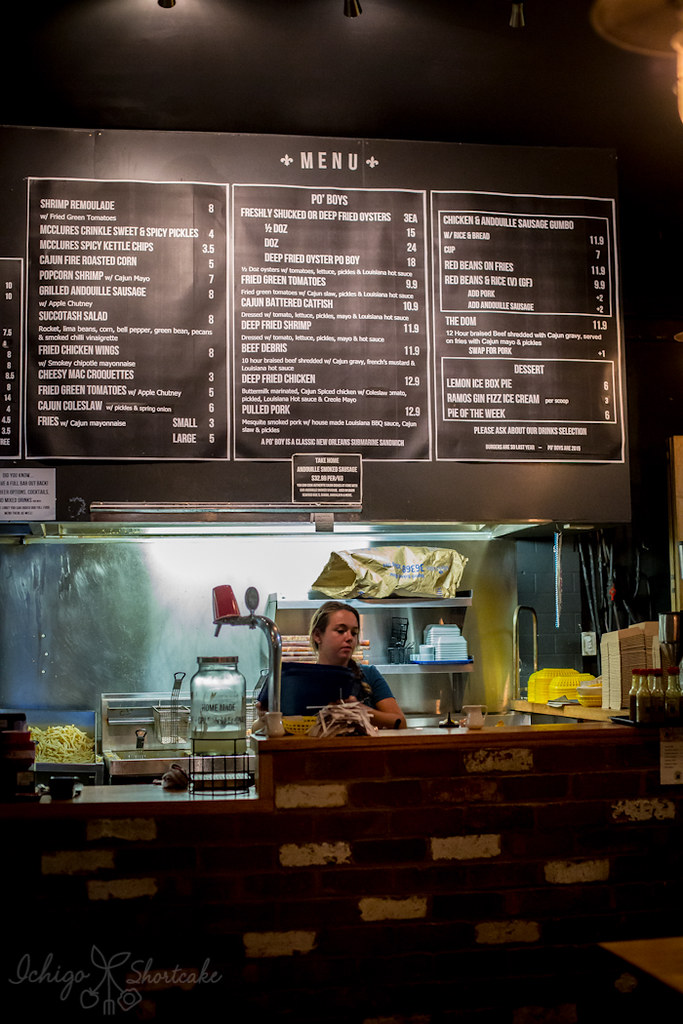 The funny thing is, after all that we ended up getting po’ boys and not the gumbo because the po’ boys all sounded amazing.

I decided on the pulled pork which came with mesquite smoked pork with house made Louisiana BBQ sauce, cajun slaw and pickles ($12.90). It was quite large and difficult to eat but very satisfyingly saucy. The pork was melt in my mouth, it was well seasoned. The only thing was I’m not a huge fan of cold un-toasted bread but then since that’s what po’ boys are, I don’t have much complaints. 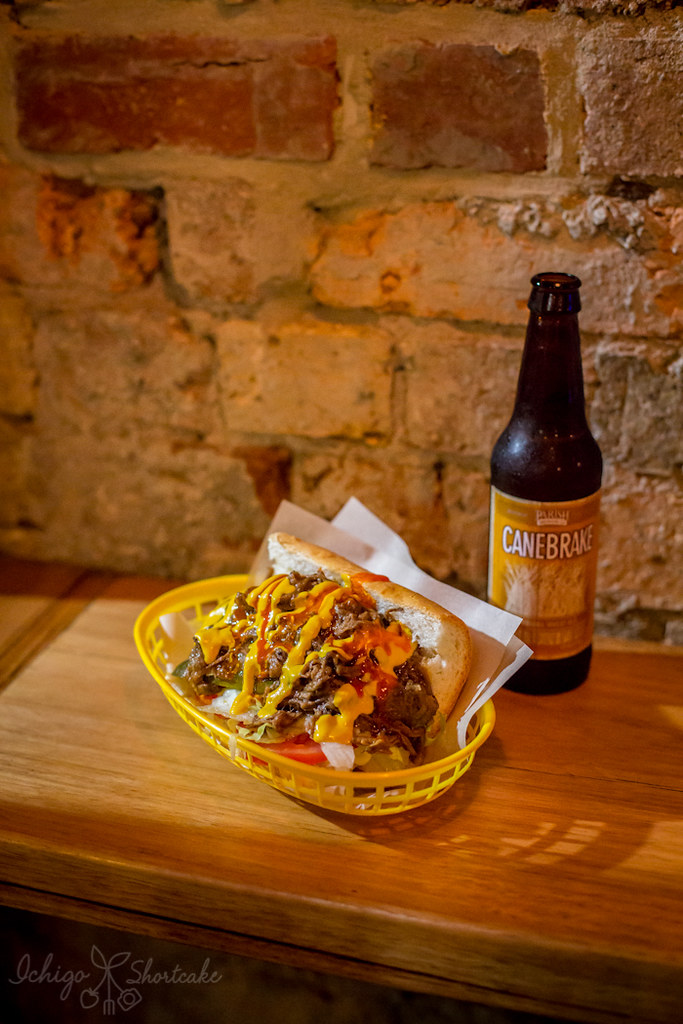 Yuye ordered the deep fried shrimp dressed with tomato, lettuce, pickles, mayo and hot sauce ($11.90). The shrimp were crunchy and tasty while the condiments did it justice. I did like my pulled pork one more though, just because it’s pork… 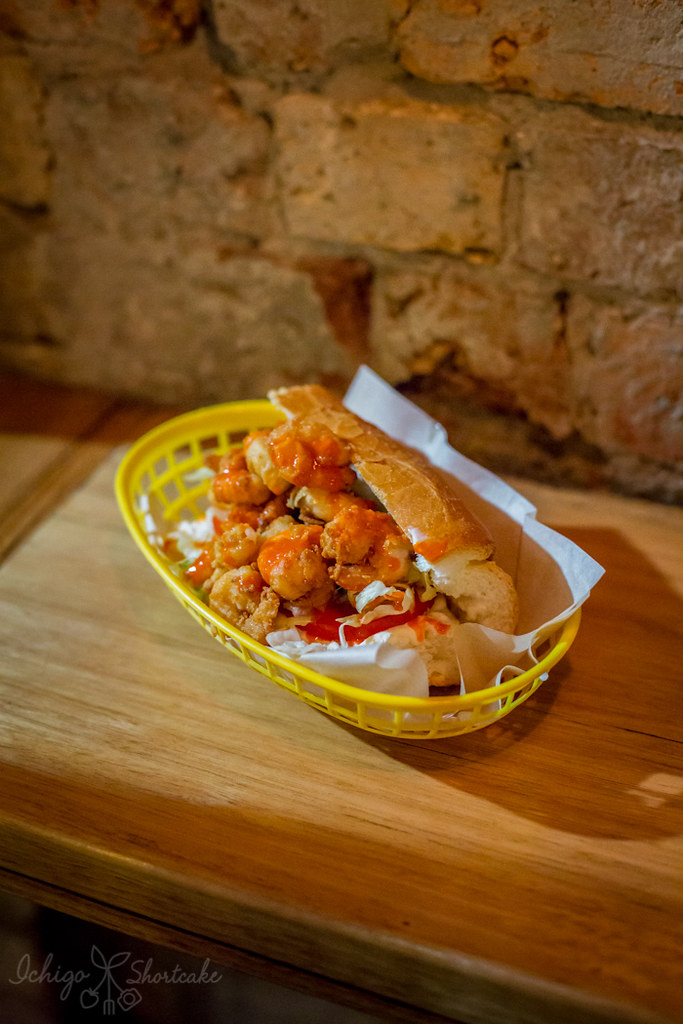 The highlight of our meal though wasn’t the po’ boys but rather the fried chicken wings with smokey chipotle mayo ($8). For only $8, we got 4 full sized wings that were crunchy and delicious. Not winglets like a lot of places would serve but rather the whole wing. We thought that was quite good value and since it’s also quite tasty, it’s worth coming here just for the wings. 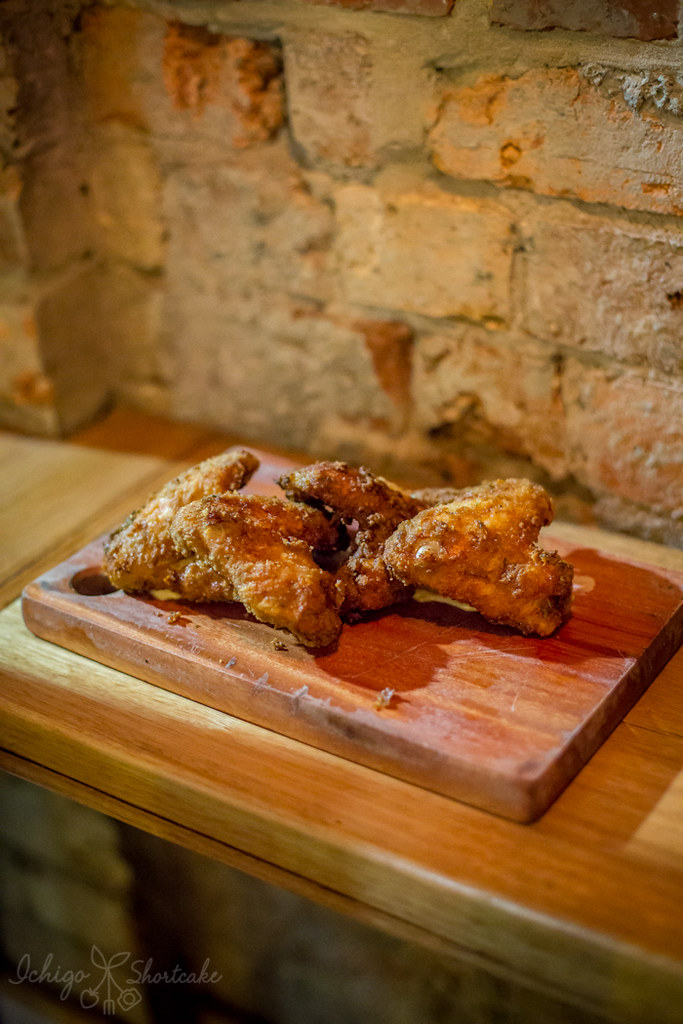 We also ordered the cajun fire roasted corn ($5). It was juicy and tasty from the spices and went well with the rest of the meal. 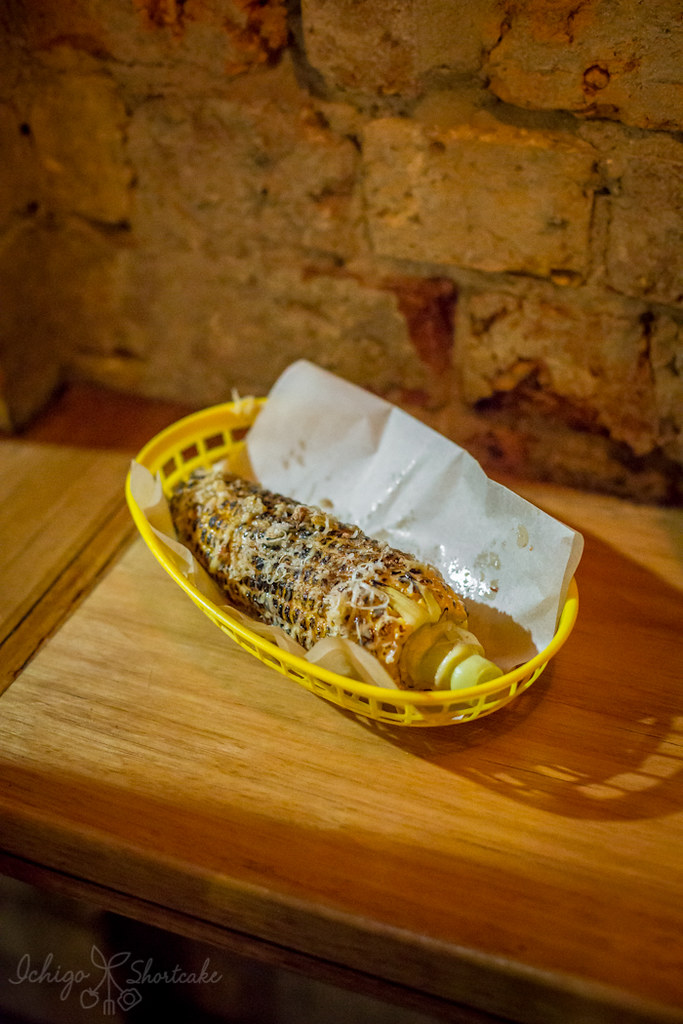 Paired with a couple of good tasty beers, we were quite satisfied and very full. Po’ Boy Quarter didn’t disappoint and I”m glad they’re open until late. If you want beers on tap, you can also sit in the bar at the back where you can also order the same food to go with a glass of tap beer or cocktail. 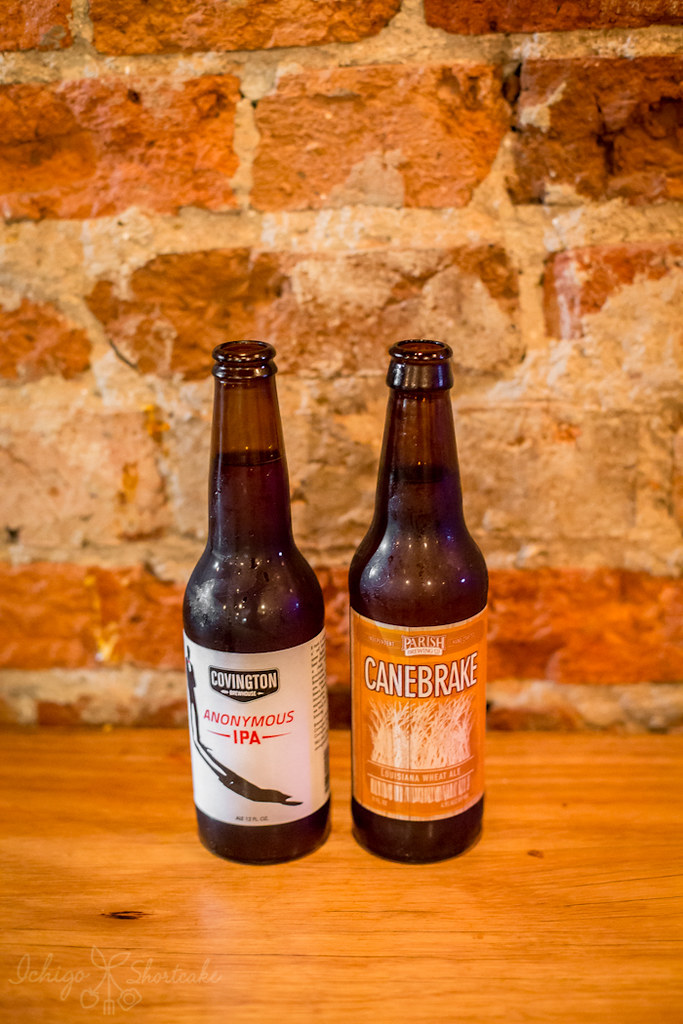 Next time we’re there we will definitely try their gumbo and some more of that fried chicken wings.