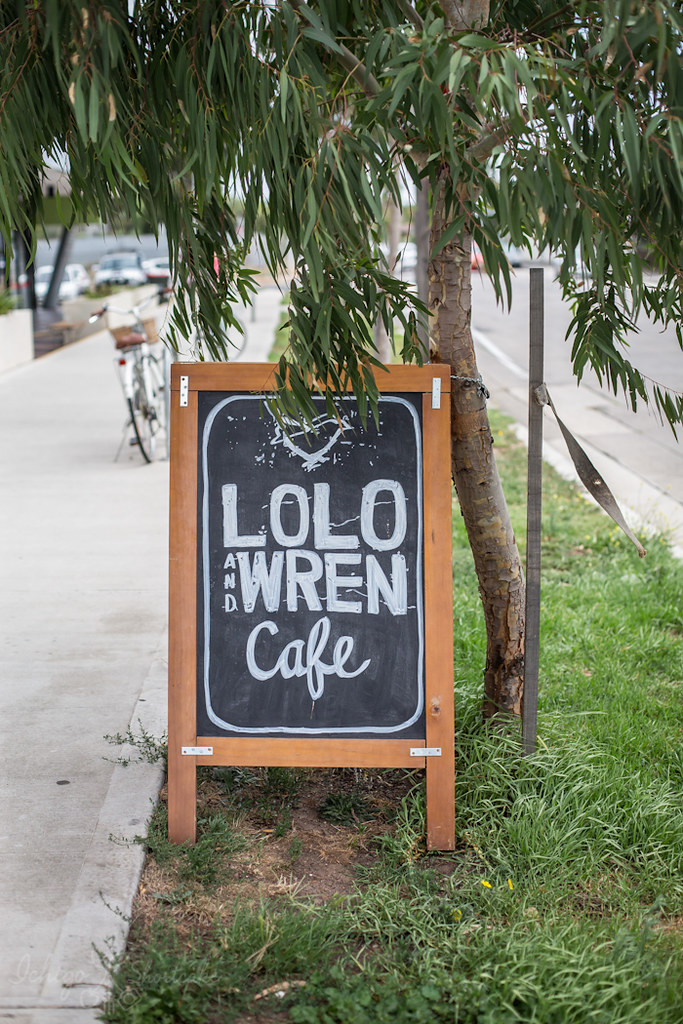 Yes this is yet another hipster cafe post. But in stark contrast to the last one where the food wasn’t substantial enough, Lolo and Wren was the exact opposite. The dishes were almost too much for one person to finish. 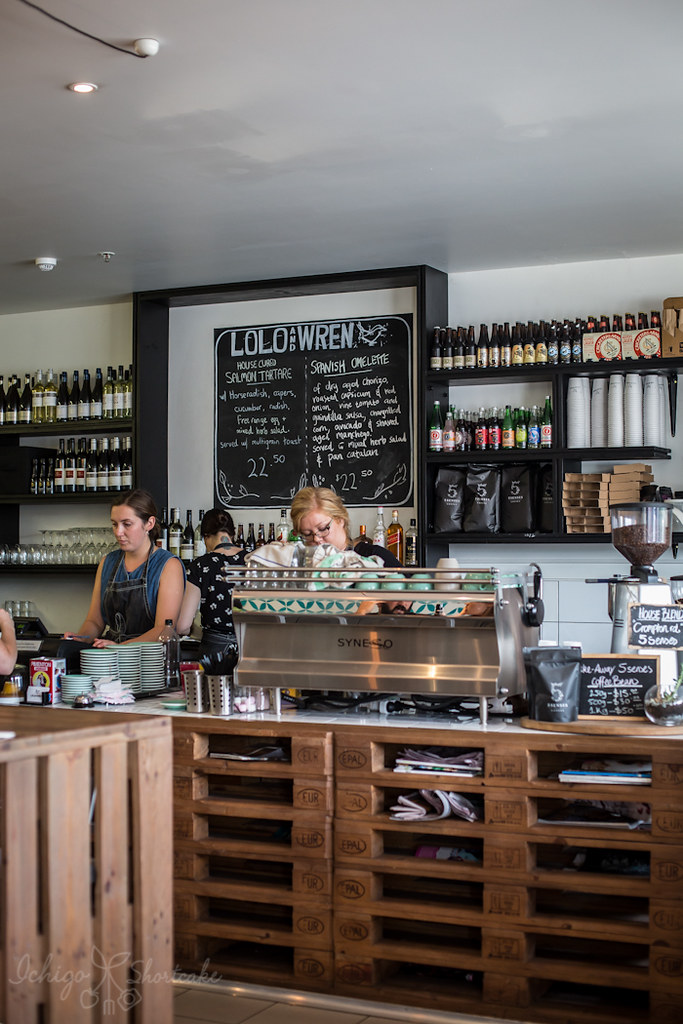 Situated under a residential complex in the middle of nowhere in Brunswick West, I was surprised just how busy this little cafe was. We were told a 45 minute wait and it ended up actually being about one hour. We were so hungry and read the menu so many times that the waiter only gave us 2 minutes to decide what to order. 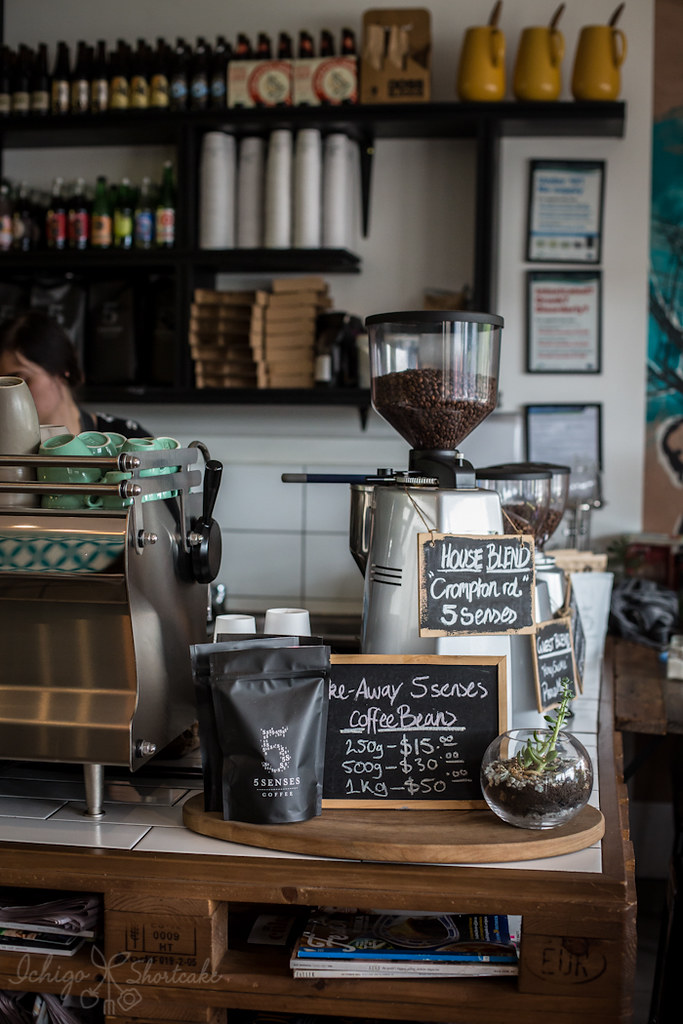 The house blend coffees here are from Five Senses. As expected, the Crompton Road blend was rich and balanced and had hints of caramel. 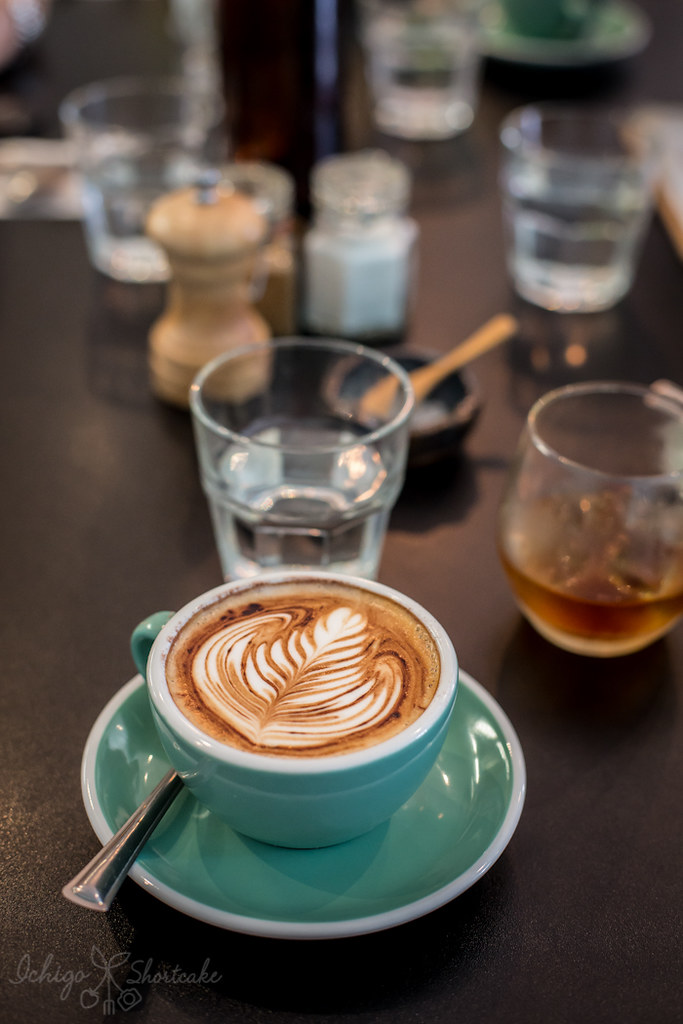 Yuye was interested in the Cascara iced tea ($6) which is tea brewed from the outer fruit of the coffee bean and served chilled on ice with agave nectar. What would a coffee bean fruit brewed tea actually taste like? It was just like a watered down coffee…of some sort. It was interesting but was a bit small and didn’t taste quite as expected. 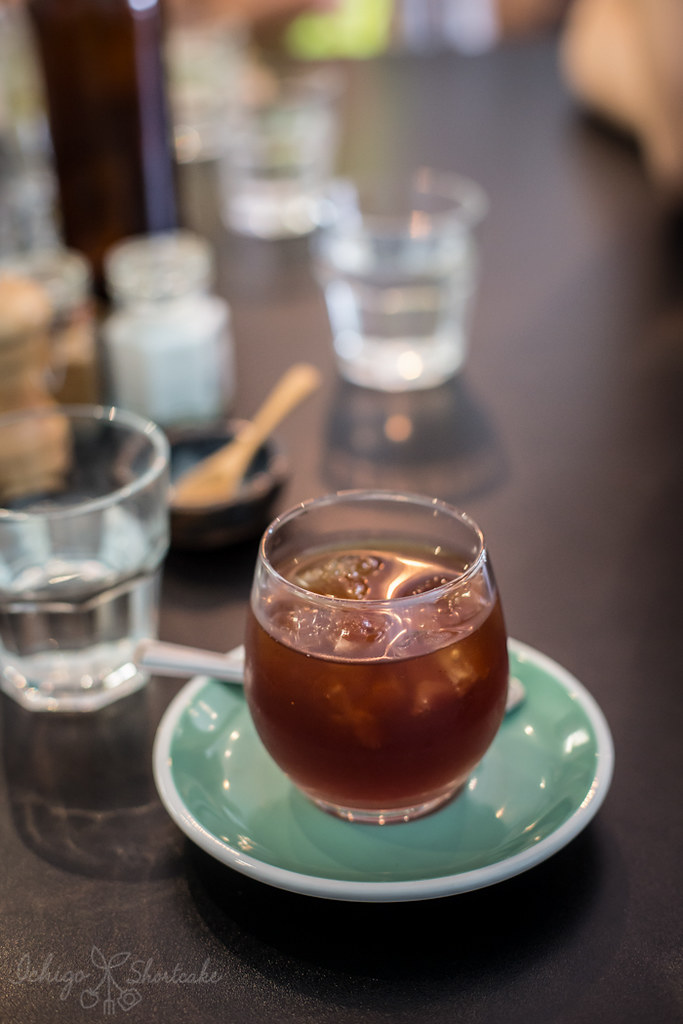 Yuye ordered the Drunken Swine “Pork Bun” for $19. It came with Golden Plains pork shoulder which was slow cooked with cider and bacon juices, served in a toasted brioche bun and a salad of watercress, green apple, red cabbage slaw, toasted almonds, shaved Grana Padana and sherry vinaigrette. It sounded big but it turned out to be the healthiest and least heavy dish. The brioche breaks as you press on it so we had to eat it with a knife and fork. The pork was perfectly melt in your mouth. It was juicy and sour from the cider and quite tasty. The salad was refreshing and healthy and they actually put a lot of apple which was great. 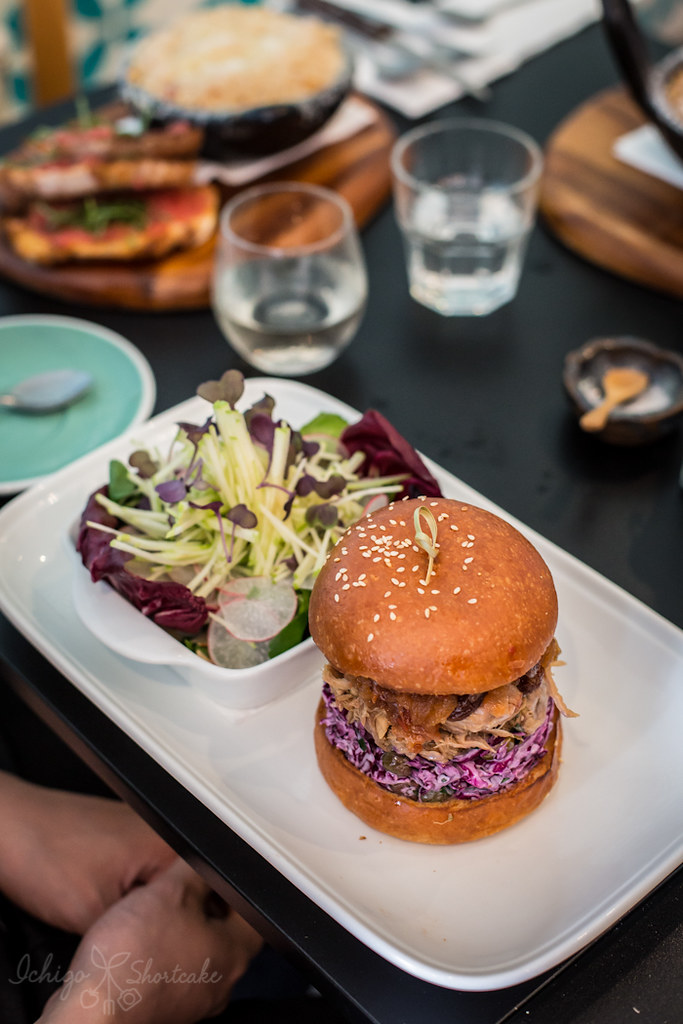 I ordered the chorizo cazuela ($17.50) with an added poached egg for $3. It consisted of chorizo, tomato, red wine and chickpea ragu baked with aged Manchego cheese crumble served with pan Catalan. It looked quite impressive but I was a little disappointed with the chorizo. It was probably home made but it was quite floury and not all that meaty which gave it a funny texture. It was a heavy dish and we struggled to finish it all. 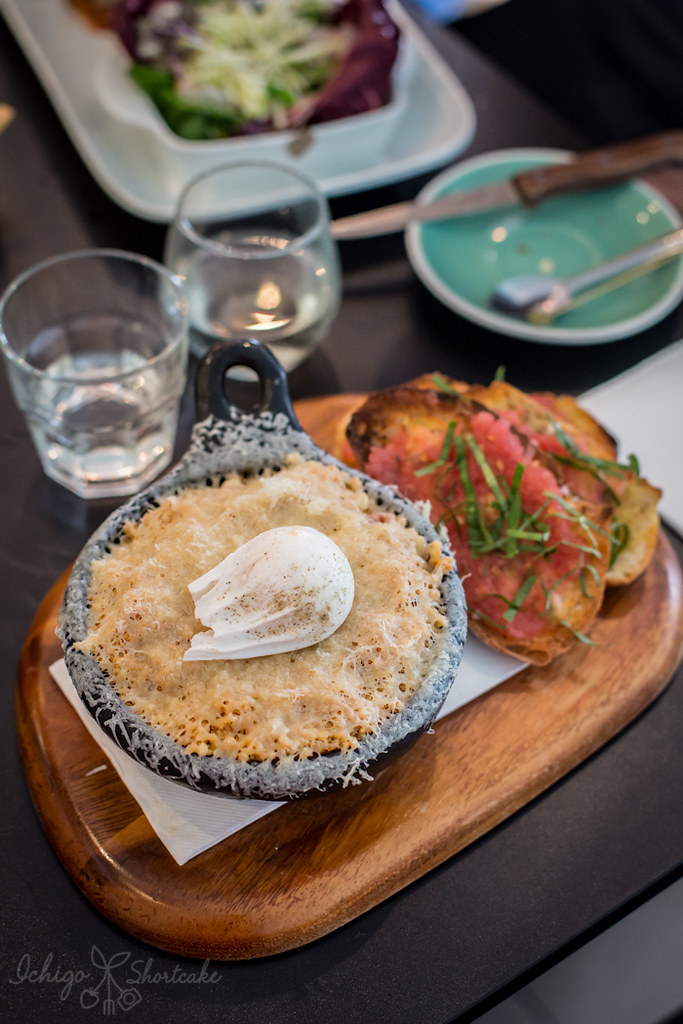 Pan catalan is the basil and tomato bruschetta on the side which we all loved. It was very fresh and tasted wonderfully like fresh basil. I loved the cheese crumble on top and was probably the best element of the dish. Next time I visit Lolo and Wren, I would probably order a different dish as there seems to be better dishes on the menu.

The poached egg was a later addition as I had forgotten to order it but it took them just a few minutes to get it out to me, piping hot and perfectly runny. In hind sight, it was already quite a big dish so didn’t really need the egg, but you know me, I can’t ever resist runny egg yolks… 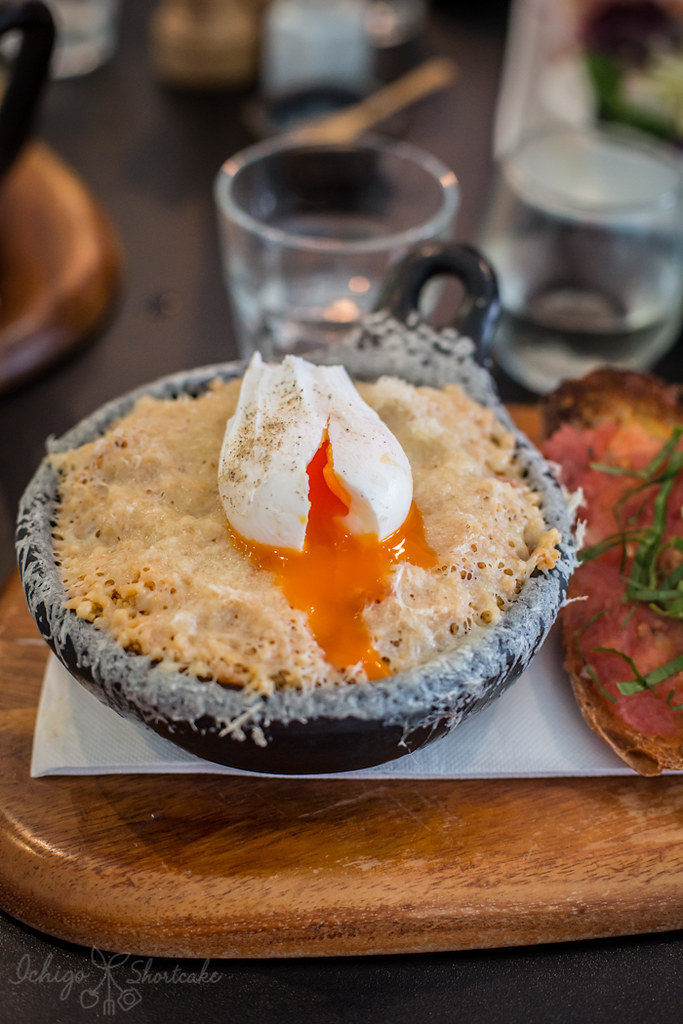 Arch ordered the Goodison Breakfast ($19.50) which is Lolo and Wren’s version of a big breakfast. It had a potato and rosemary rosti, bacon, baked field mushrooms, pork and fennel sausage, homemade tomato relish, 2 eggs of choosing and organic sourdough. It was what a good ol’ big breakfast should be with a smashing tomato relish. Arch said the dish was quite good and surprisingly was one of the less filling ones. The potato rosti wasn’t as crispy as he liked though but the tomato relish made up for everything. It was very tangy and tasty, not sweet like a lot of relish is. 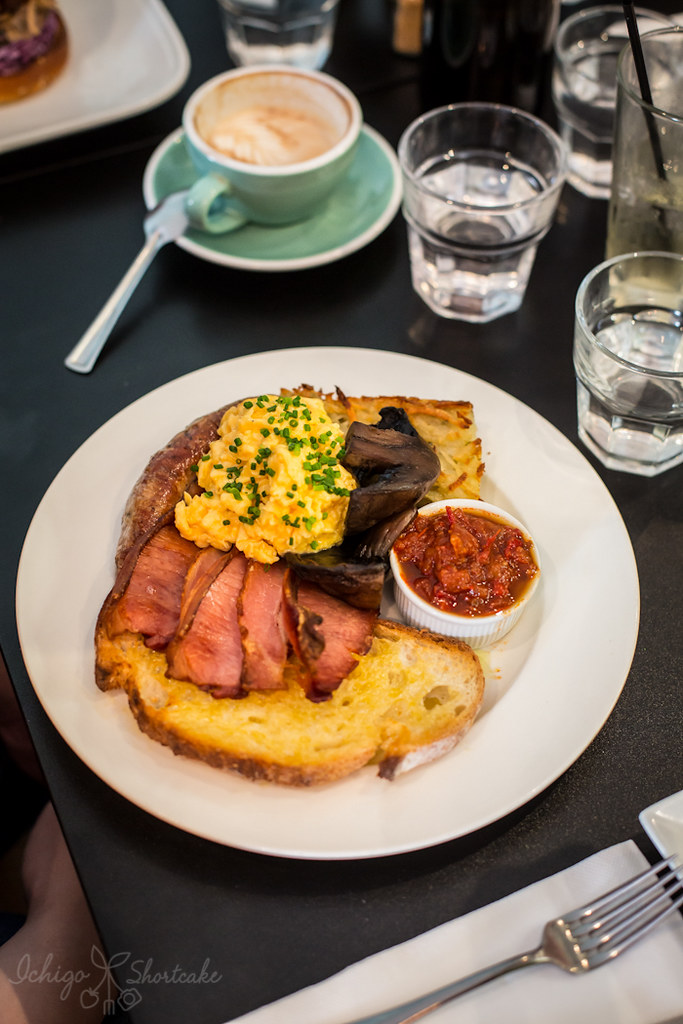 Kenneth ordered the Banoffee Porridge ($12.50) which came with caramelised banana, stewed dates, dulce de leche and toasted coconut crumble. It tasted perfectly sweet and was definitely one of the best porridge I’ve had. However, a word of recommendation – do not mix the crumble together with the porridge. You’d rather eat them separately because once they’re mixed, the crumble gets soggy and loses all the crumble texture which was a great shame, even though the flavour was still there. It didn’t look like a big dish but Kenneth who has a big appetite was almost defeated by the dish. 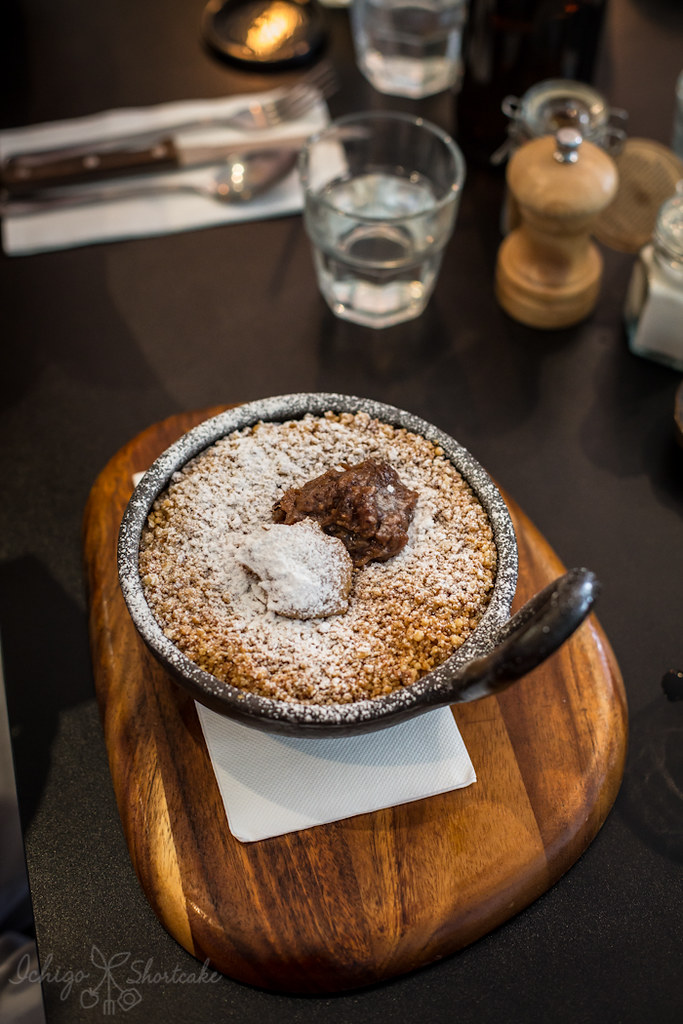 Sat ordered the biggest dish out of all of us. It was the Crispy Croque Monsieur ($17.50) with shaved leg ham, Swiss cheese, cheese and chive cream, coated in crisp breadcrumbs and fried. It was a super fatty, super filling dish but I thought was quite tasty, that is if you love cheese. It was very cheesy and very fried. The serving was enough for two people, or one person and one portion to take away. The photo doesn’t remotely show just how large it is. If you’re ordering this dish, I hope you’re very hungry… 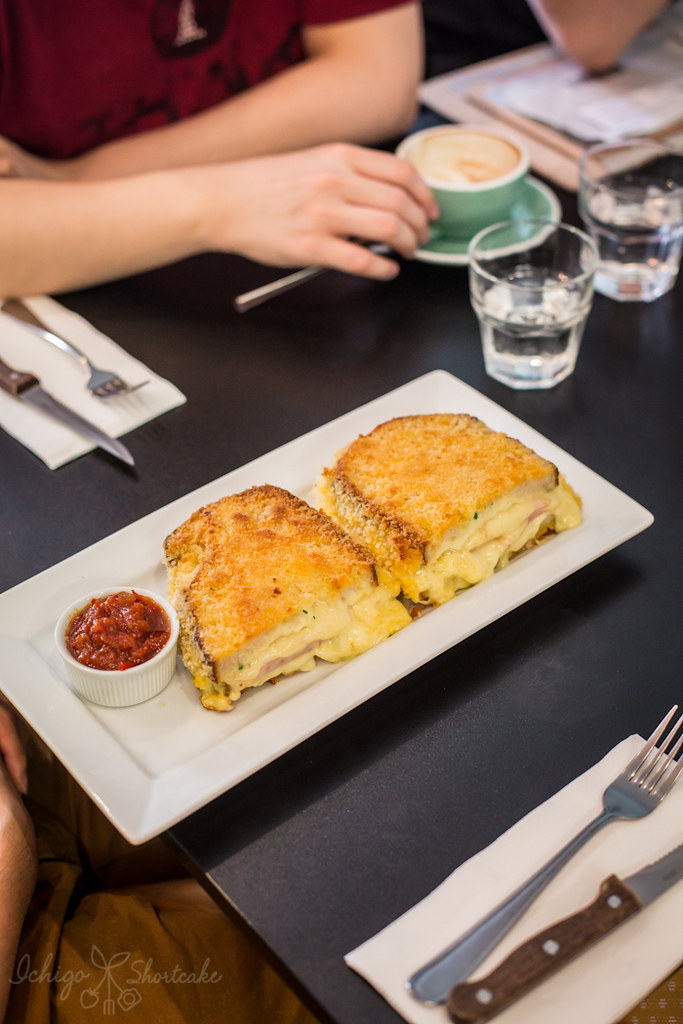 Overall it was a great meal, even though we had to wait an hour in line. At least the wait made us more hungry so we had enough appetite to finish the humungous dishes we ordered. If you’re wanting to visit Lolo and Wren, come prepared to wait and definitely don’t snack beforehand.