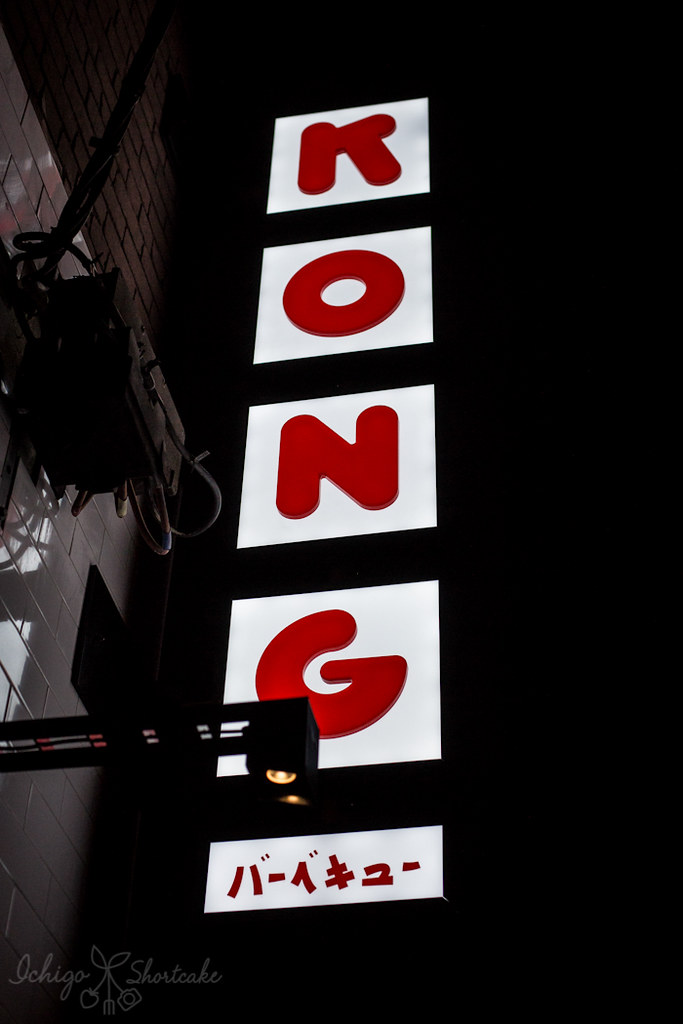 A number of weeks ago I attended a blogging event that didn’t turn out as expected and we had to walk out half way, not wanting to waste any more of our time and their food. It doesn’t happen all that much so we were suddenly thrown into a state of despair…where in the world do we fill our still empty stomachs? We decided to just drive and be inspired.

I almost screeched to a stop when I spotted the sign ‘Kong’, a word that’s too familiar because it’s been on my to-dine-at list ever since they opened. It was as if a light bulb suddenly went ‘bling’ over my head. 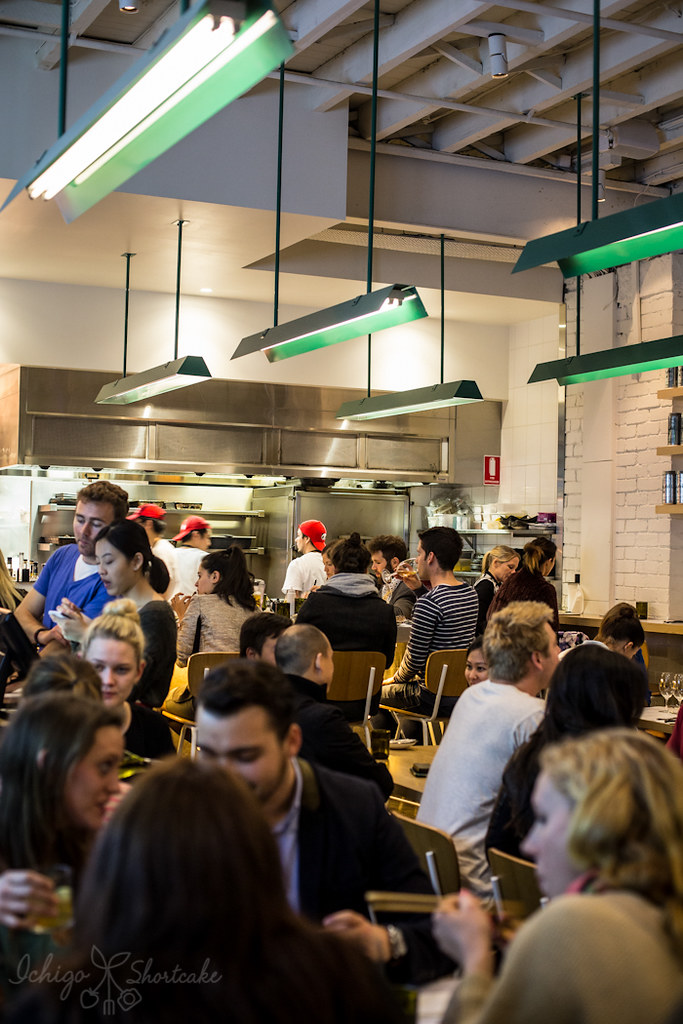 The team behind one of Melbourne’s most loved restaurants Chin Chin brings Kong – a Korean/Japanese BBQ fusion restaurant that has the same quirky feel and huge lines as its older sibling. With American BBQ restaurants flourishing in Melbourne at the moment, I wasn’t surprised the Kong concept came about. It is quite ingenious actually. Think pulled pork, ribs, brisket, wings and sliders but instead of cheese and BBQ sauce, think kimchi and gochujang (fermented chilli soybean sauce). There is a good drinks list full of sake, umeshu, Asian influenced cocktails and lots of beers to choose from too.

Since we had plenty of time waiting in line (about half an hour) we perused the menu quite a few times over and picked out what we wanted to eat before we were seated at a table.

After being seated and we finished ordering, the food came out very quickly. We started with the IMO shochu with pomegranate and pink grapefruit ($13) and a frozen coconut juice with fresh fruit ($9). I wasn’t too taken with the drinks actually, because my shochu was a bit watery while the frozen coconut juice was more or less just a slushy with a piece of orange. They did go well with the rest of the meal as they were refreshing and palate cleansing when eating a lot of kimchi and meats. 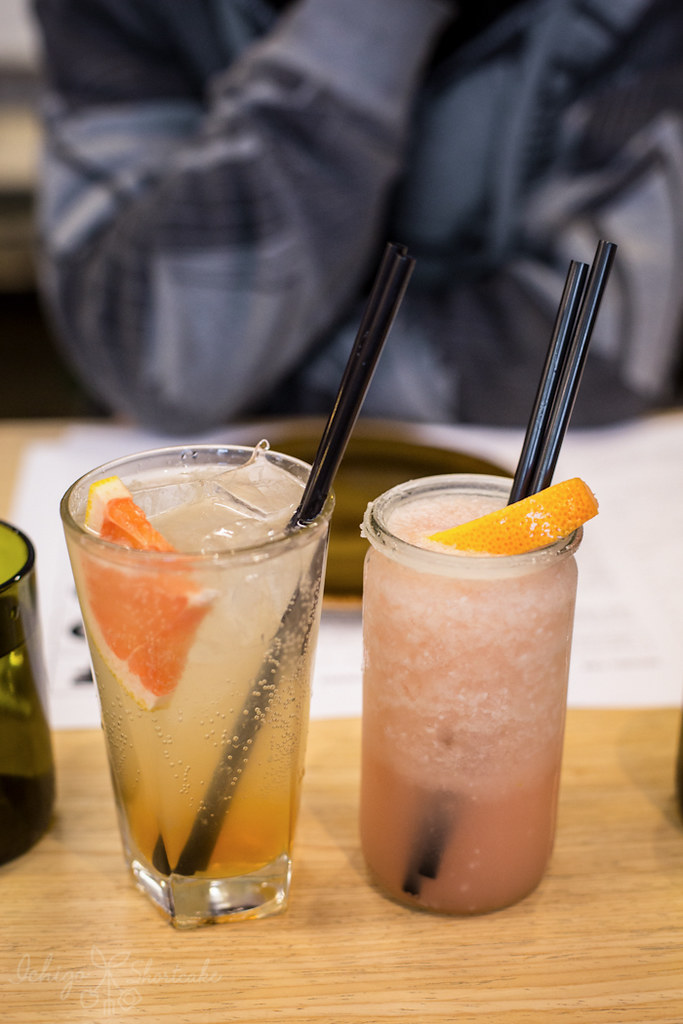 We were a lot more impressed with the food. We ordered one each of the spicy pork belly buns and soft shell crab buns (what would be sliders on an American menu) which were both quite stunning. The spicy pork belly bun came with a big piece of juicy pork belly and a huge piece of crunchy crackling amidst a fluffy white bun and sour pickled cucumber to cut the fattiness. Oh, can’t forget the Kong crazy horse chilli! What more can you ask for? It wasn’t as chilli as it sounds. 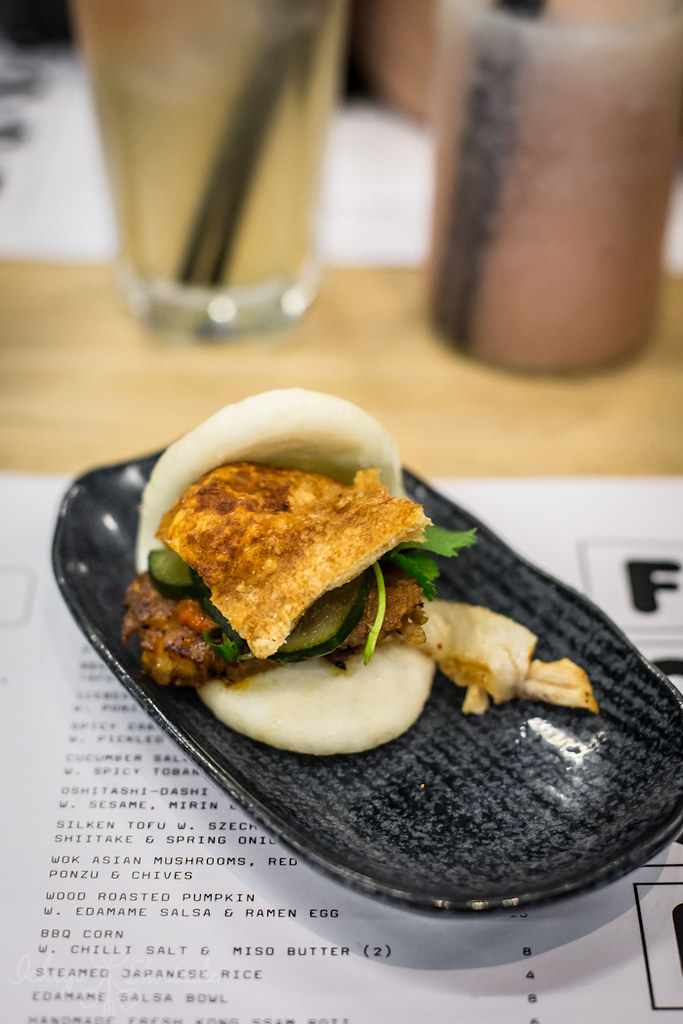 The soft shell crab bun came in a similar fluffy bun but with a piece crispy skinned soft shell crab and an unusual pairing of salted duck egg relish and coriander – we loved it. I can eat soft shell crabs all day every day so this bun was right up my alley. Both buns were $6 each. They were small and tasty which did well to whet our appetites. 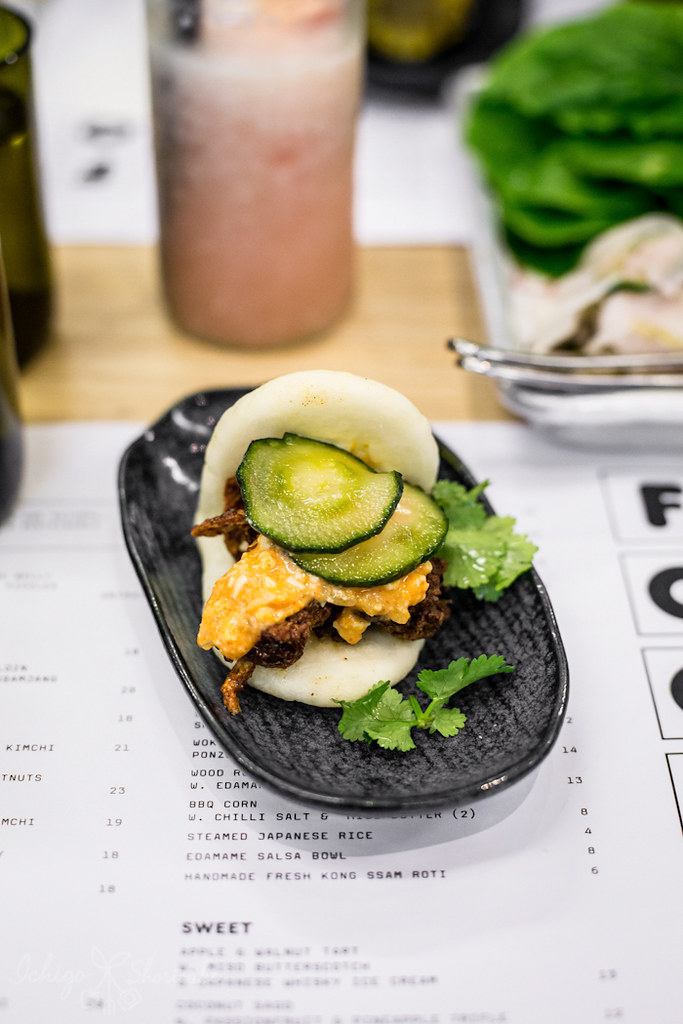 Upon recommendation, we also ordered a side of BBQ corn ($8) with chilli salt and miso butter. They were like Mexican corn but with a twist. I got scared by the big pile of what looked like salt on top but it turned out to be mild in flavour and had an interesting texture. How can one say no to buttery corn? 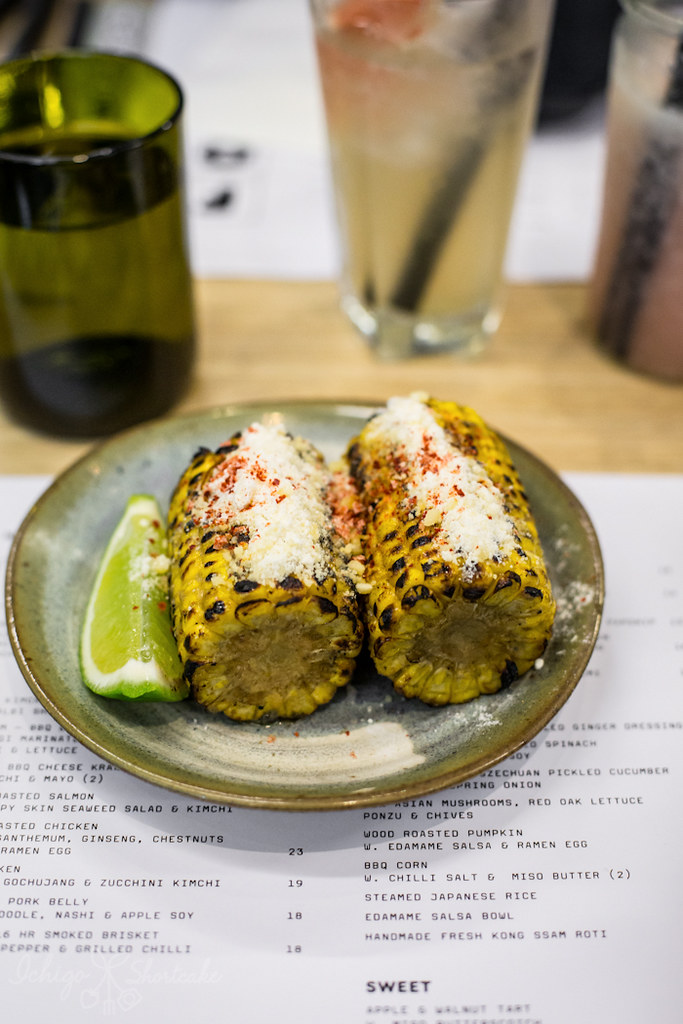 Up next was the main to share. We tossed between ribs and these meats but decided that the Kong bossam BBQ tray ($28) was the way to go. We had a taste of everything, with pulled chicken and pork, pork belly and beef brisket paired with lettuce, pickles, kimchi and walnut ssamjang. What you do is put a bit of meat with a bit of each of the sides inside a piece of lettuce and then wrap it like a taco. The sweet and sticky walnut ssamjang went very well with the spicy and sour kimchi and pickles. The meats were all well seasoned, juicy and delicious. 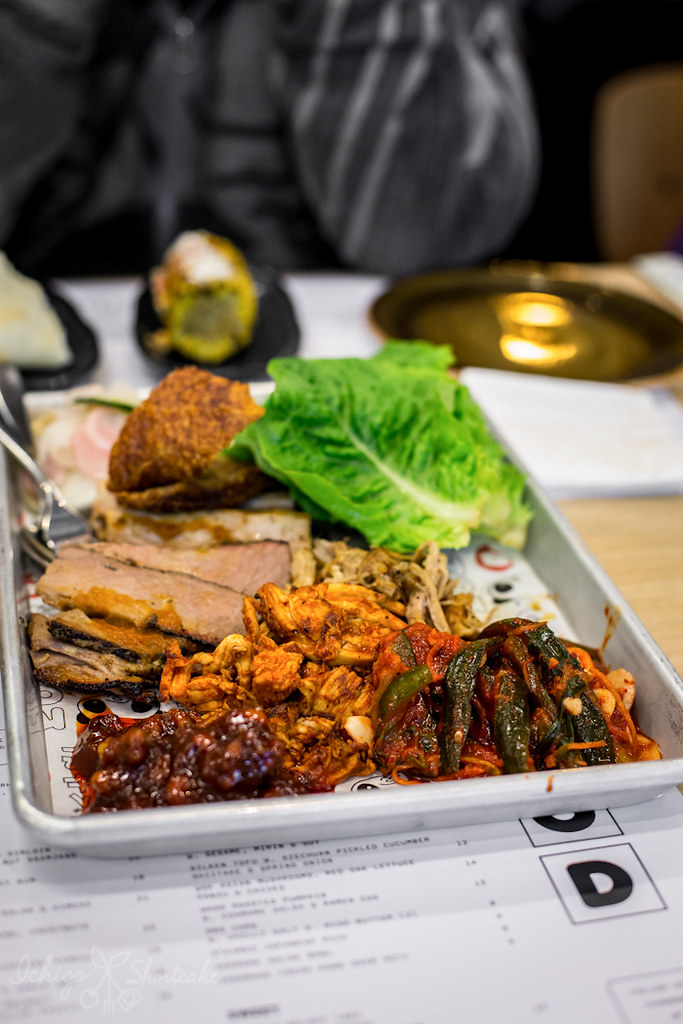 We almost thought we had under-ordered but we were seriously full by the end of the meal. I should have realised that the pork belly bun would have the same meat as the tray so next time I will order a different bun. There was in fact actually too much pork crackling. Is that even possible??! Well. We did finish it all so I guess not.

We enjoyed our meal at Kong immensely and would recommend it to anyone who likes Korean/Japanese food and BBQed meats. All the dishes we ordered were very delicious and it turned out to be a reasonably priced meal too at about $35 per person. Just be prepared to wait in line as there is a no reservations policy. They will call you when your turn is coming up so you can take a stroll down the street, take a nap in the car or sit in the waiting area like we did and peruse the menu. Alternatively, you can get your delicious meats takeaway and enjoy it in the comfort of your home.

Thanks to this post, I now have a massive pork belly craving.