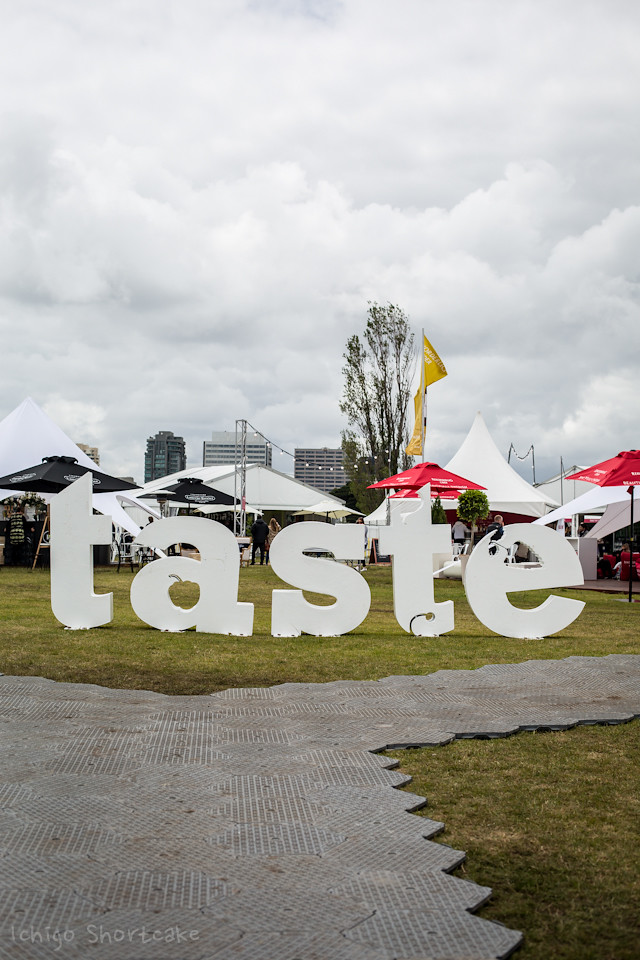 I know this is quite a late post, in fact it’s already been half a year since it was held (14-17th November 2013)! Phew…it’s almost going to be time for the next one. I know I haven’t been too good with posting on time but it’s always better late than never right? I know I’m just making excuses for myself. 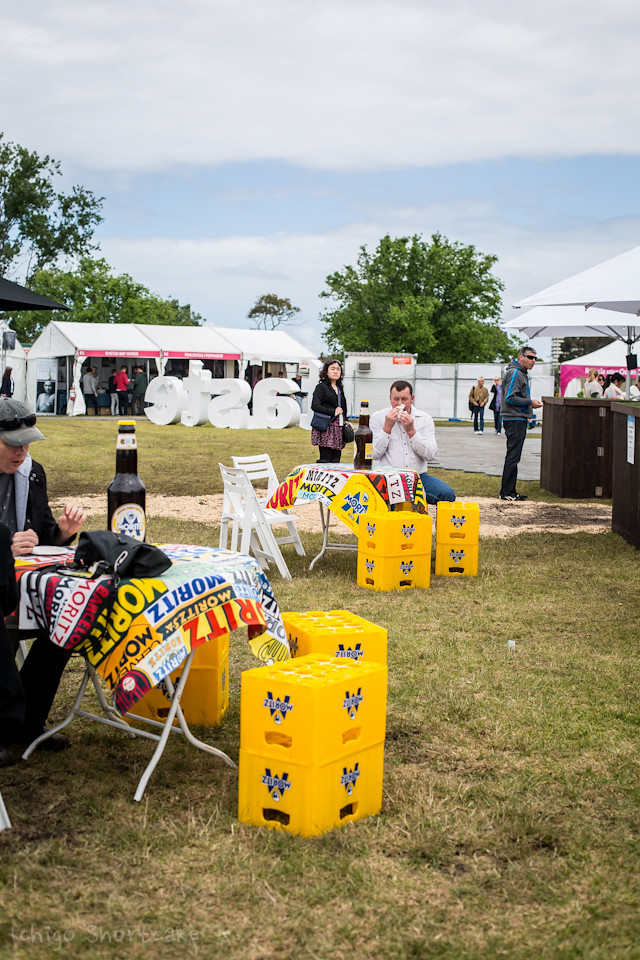 I received a complimentary media pass to the Taste of Melbourne but Yuye wasn’t able to go with me. Thankfully as soon as I got there, I met up with Alan from Almost Always Ravenous and we walked around until our scheduled Canon photography class. 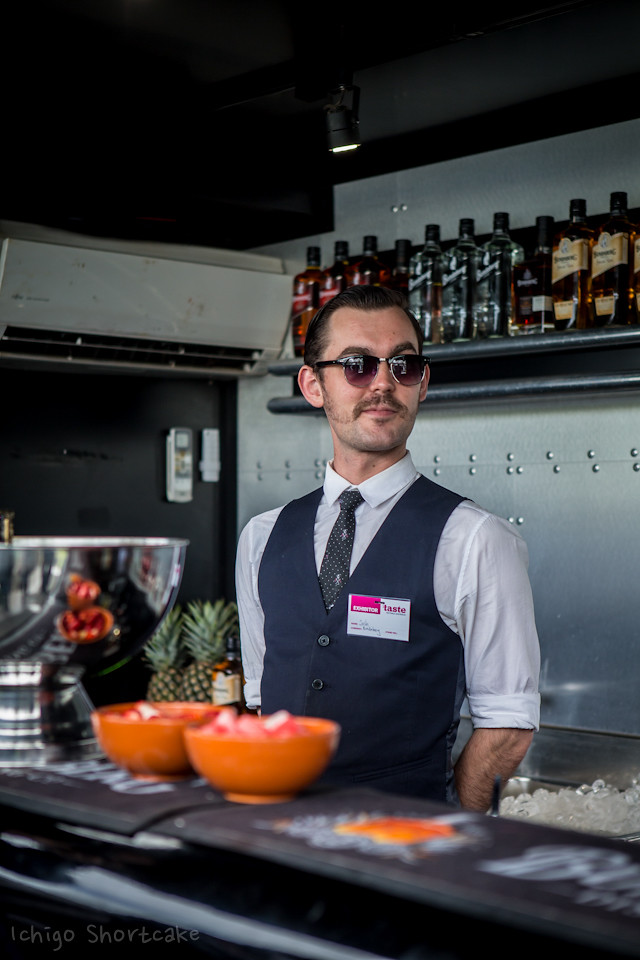 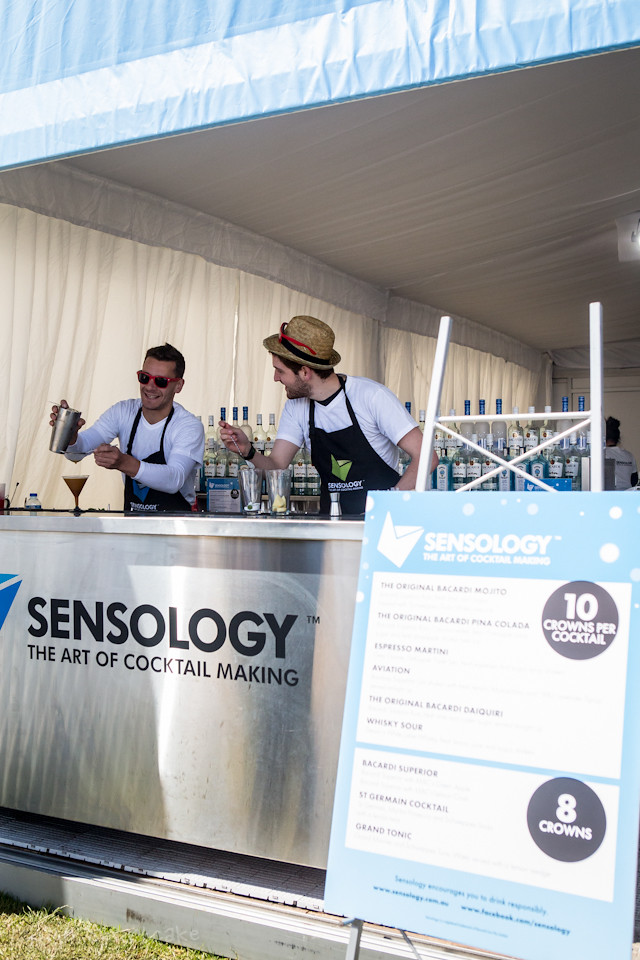 On the way, I got a B’stilla cigar (12 crowns = $12 dollars) which was similar to a spring roll. It was distinctly cinnamon with a sprinkle of icing sugar on top and was quite a nice start to the day. It wasn’t however, all that filling so I really should have eaten a bit more before the photography class. 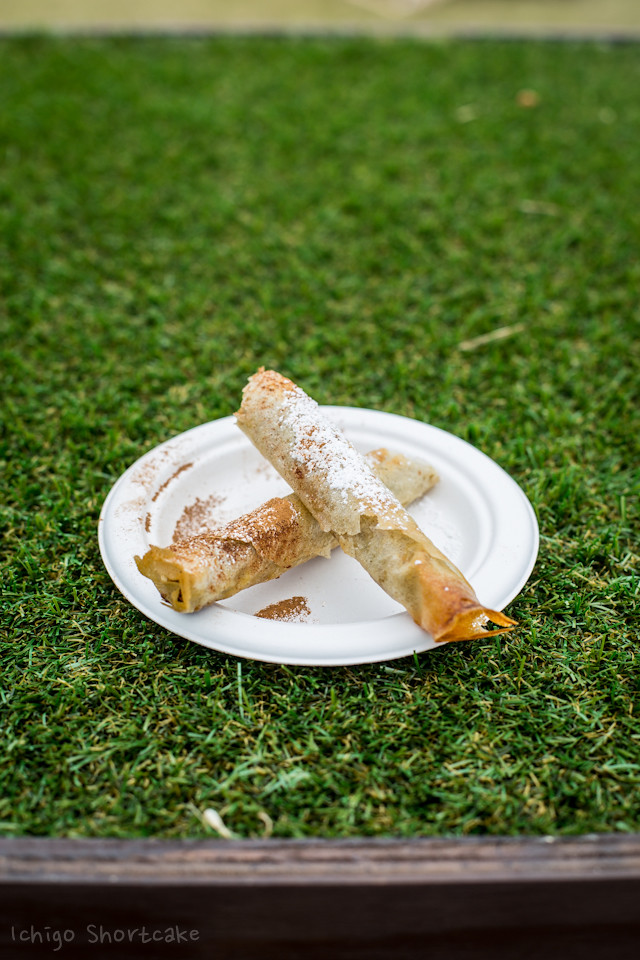 The class was a bit different to how I imagined. It wasn’t full of technical teaching as such but more to do with finding unique angles, utilising lighting and so forth. It was good that Alan and I all know a bit about the basics of using a DSLR. It was quite insightful however to see how the pros do it and I managed to take a few interesting shots along the way. 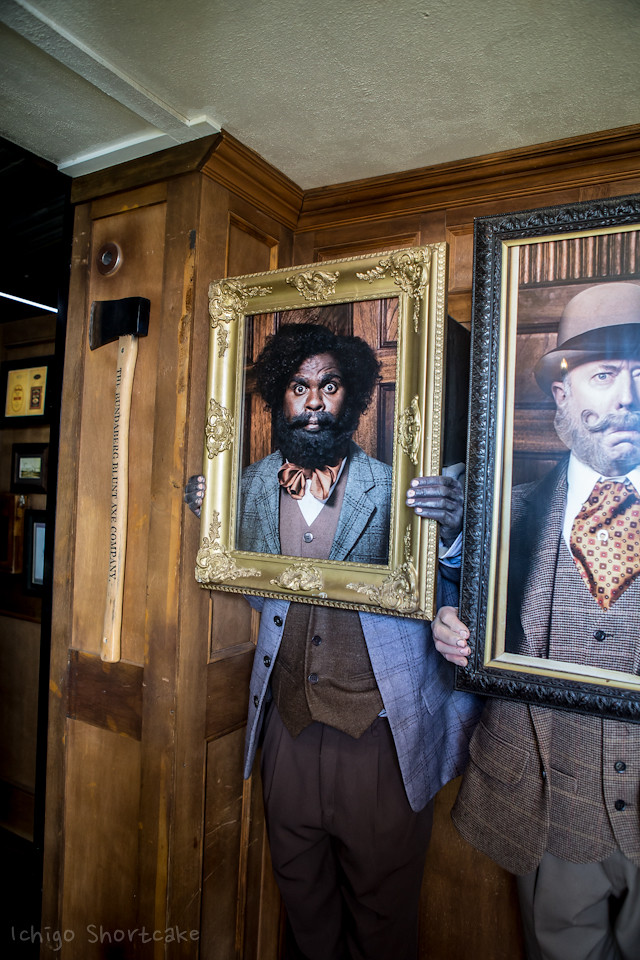 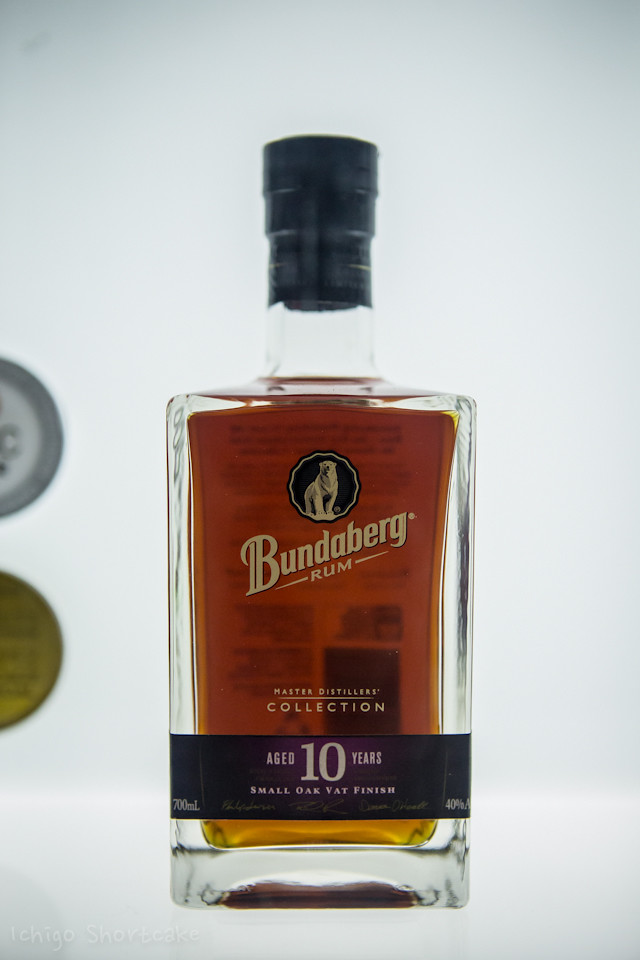 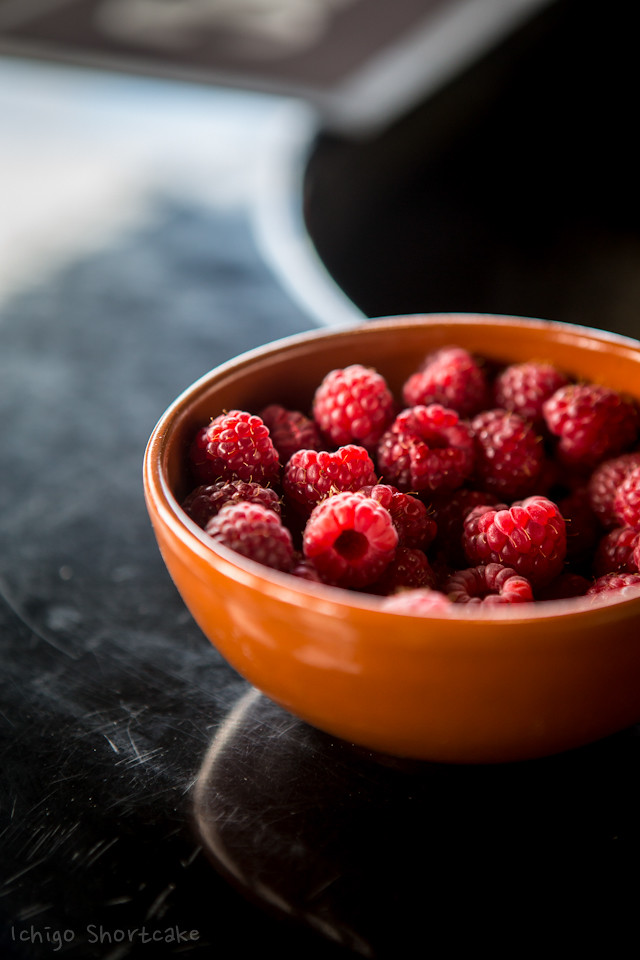 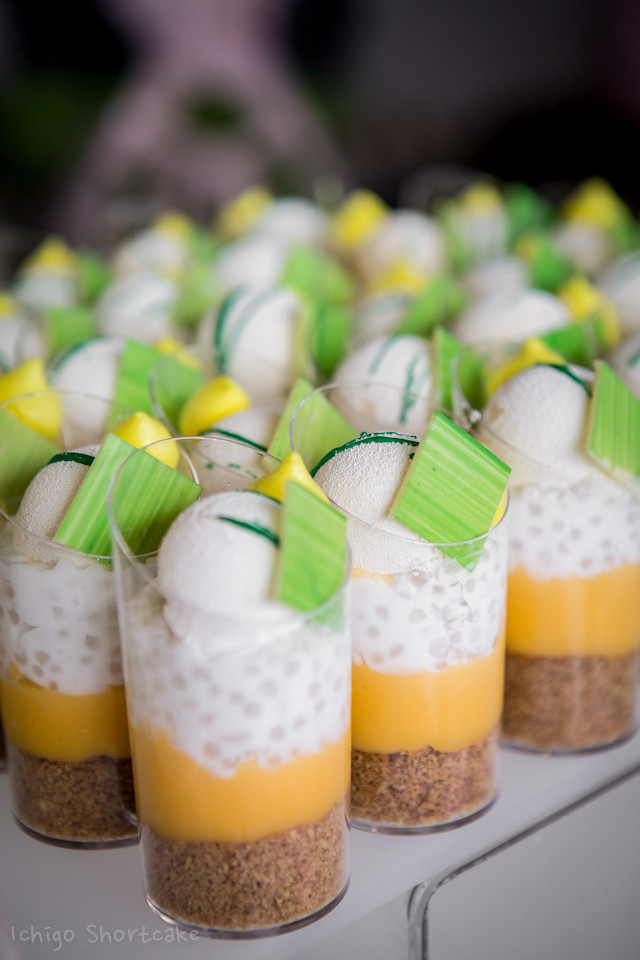 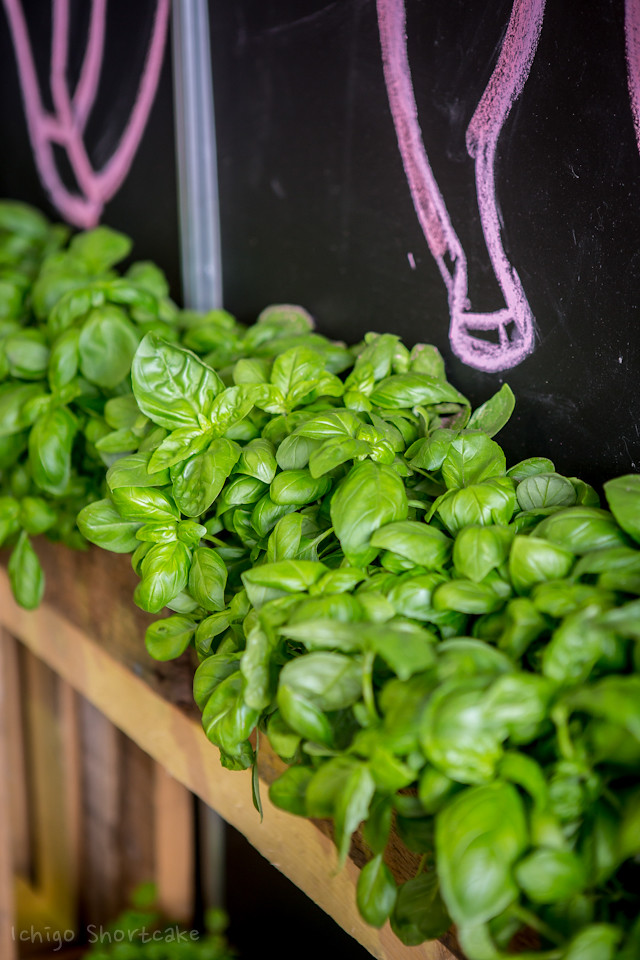 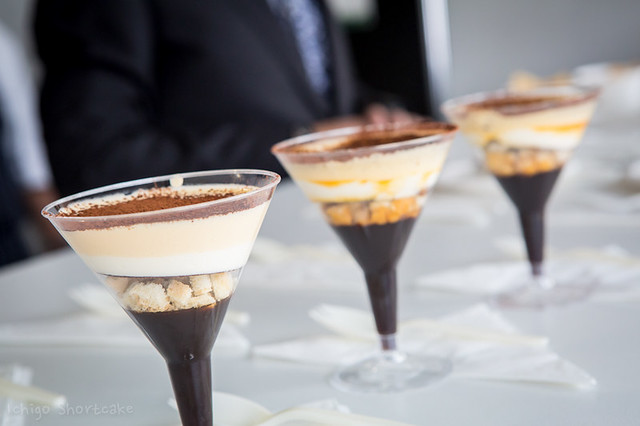 After the class, Alan and I parted ways and I grabbed a few more bites including the Soft Shell Crab Tortilla from The Smith with avocado, black beans and jalapeno salad (8 crowns = $8). I quite enjoyed this dish as it was warm and crunchy. I think anything soft shell crab will sit nicely in my stomach, especially when I’m hungry. 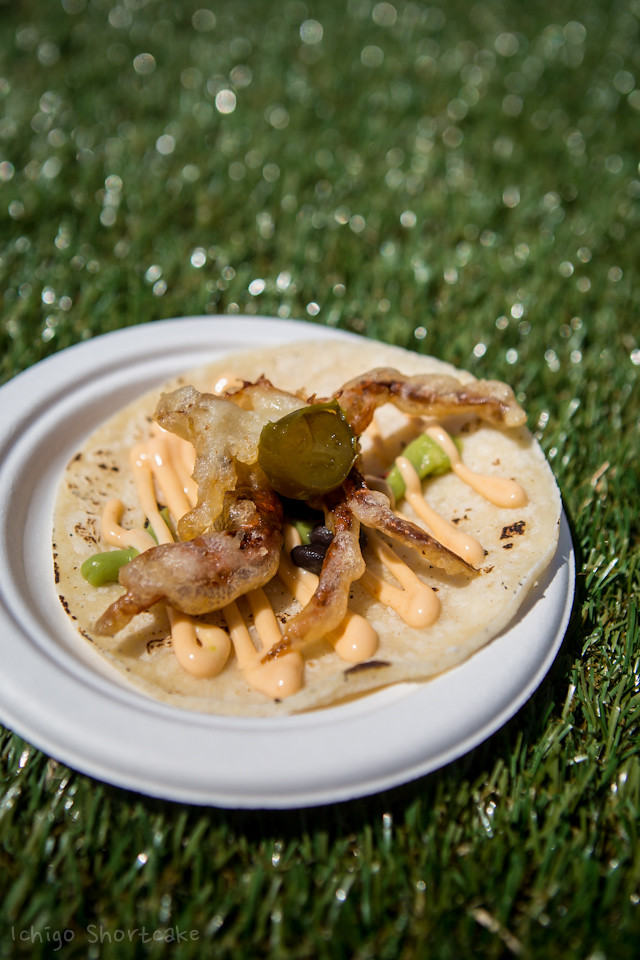 I then got the BBQ lamb belly bango with butch relish, spiced lamb belly and smoked yoghurt (12 crowns = $12). This was a cold dish. Although it was quite delicious with succulent pieces of lamb belly mixed with the spices and yoghurt, it was still a cold dish. I would rather have had the lamb warm, that would have made this dish a standout. I do understand however that in this stall setting with no proper kitchen, things just wouldn’t be the same as in a restaurant setting. 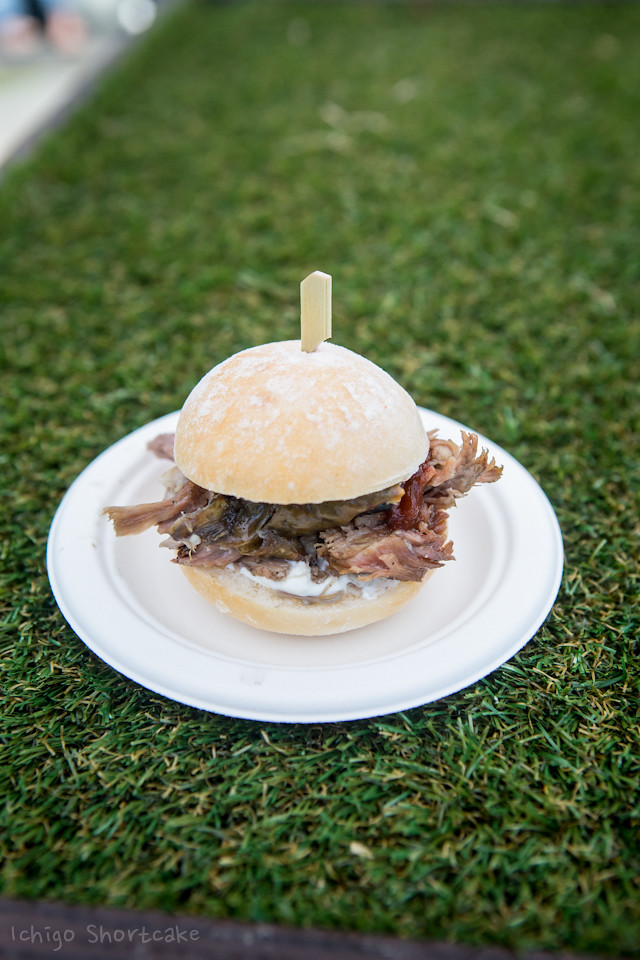 There’s really a lot to see and sample at the Taste of Melbourne. I know it’s not the cheapest event you can attend and after spending about $40, I was still hungry as portions were not very big. There were quite a few restaurants there but I obviously didn’t try all of them (I’ve been to a lot of these restaurants already). 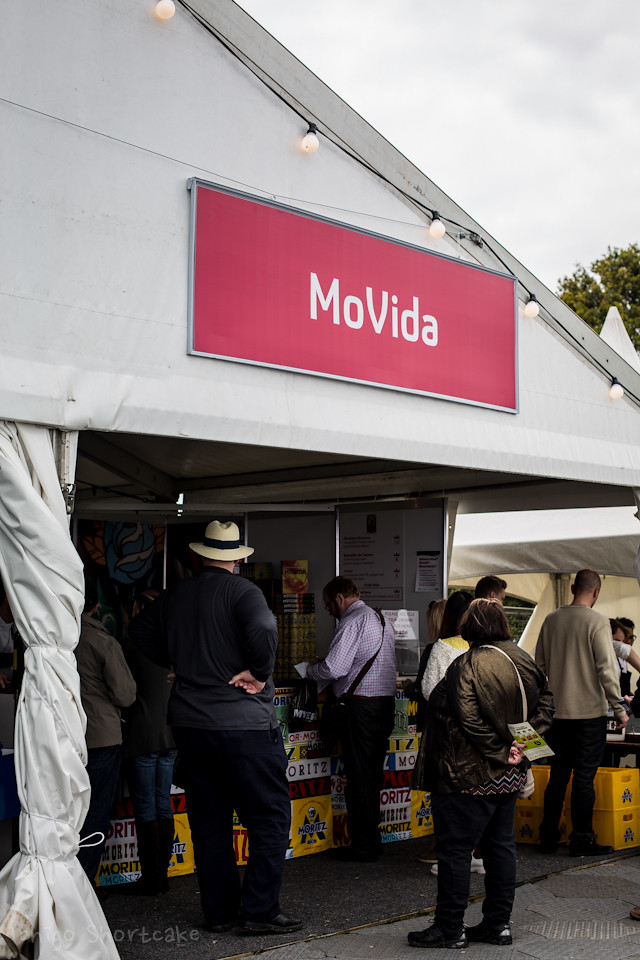 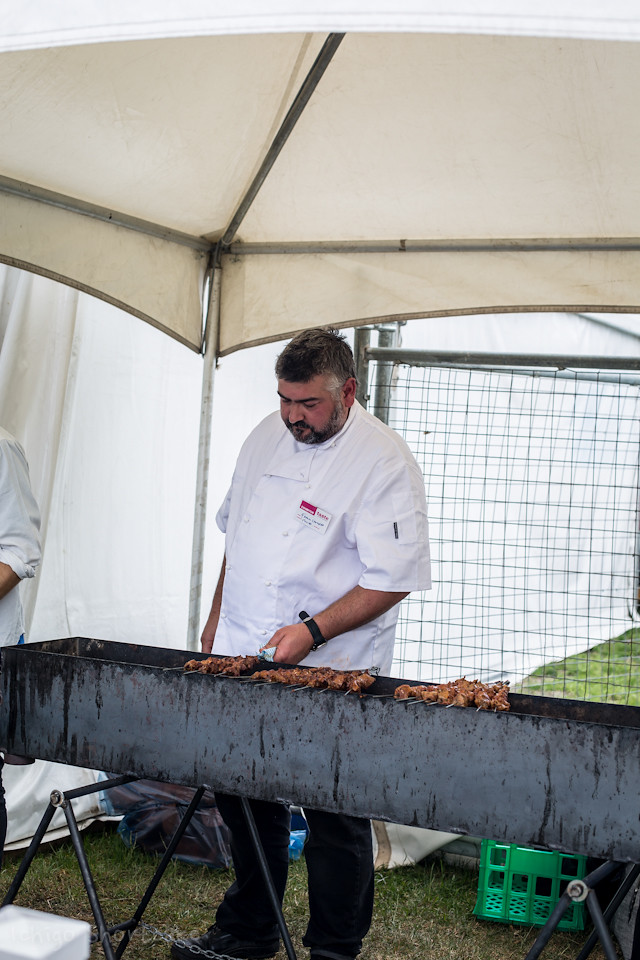 Movida chef and owner Frank Camorra cooking at the event himself

If you sample a lot of the drinks and nibbles available though, it does become quite enjoyable. 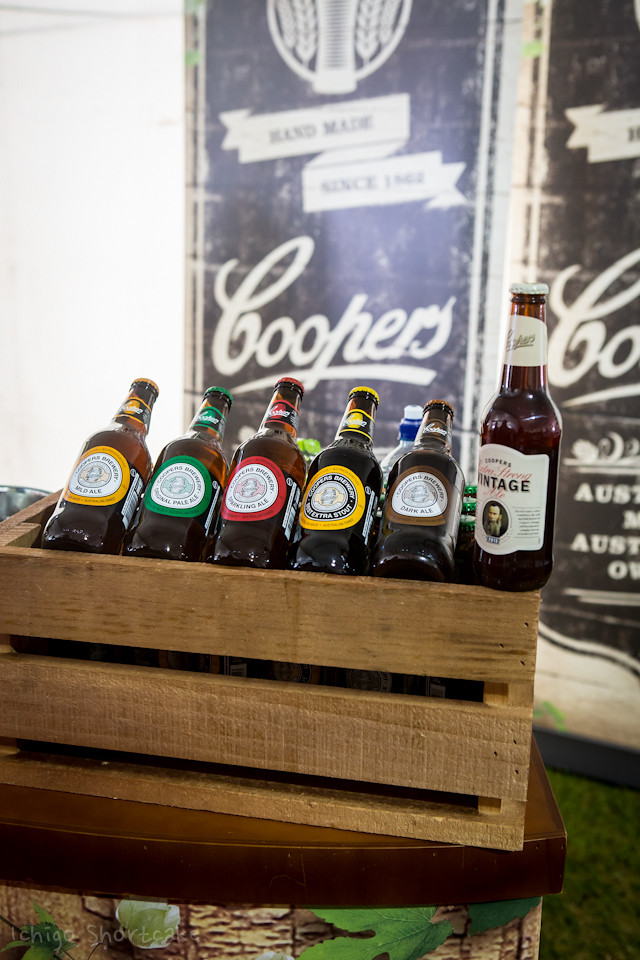 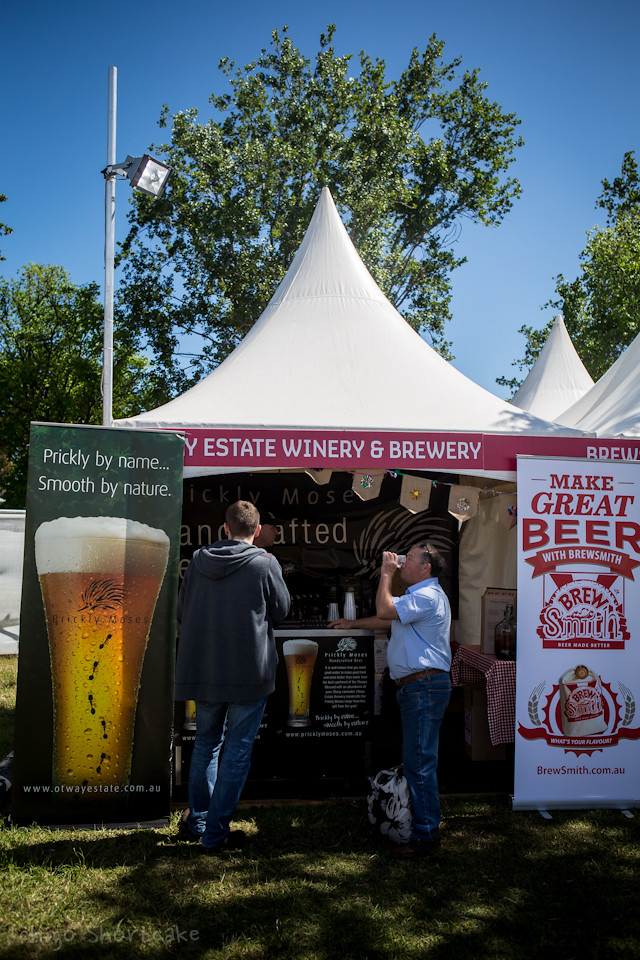 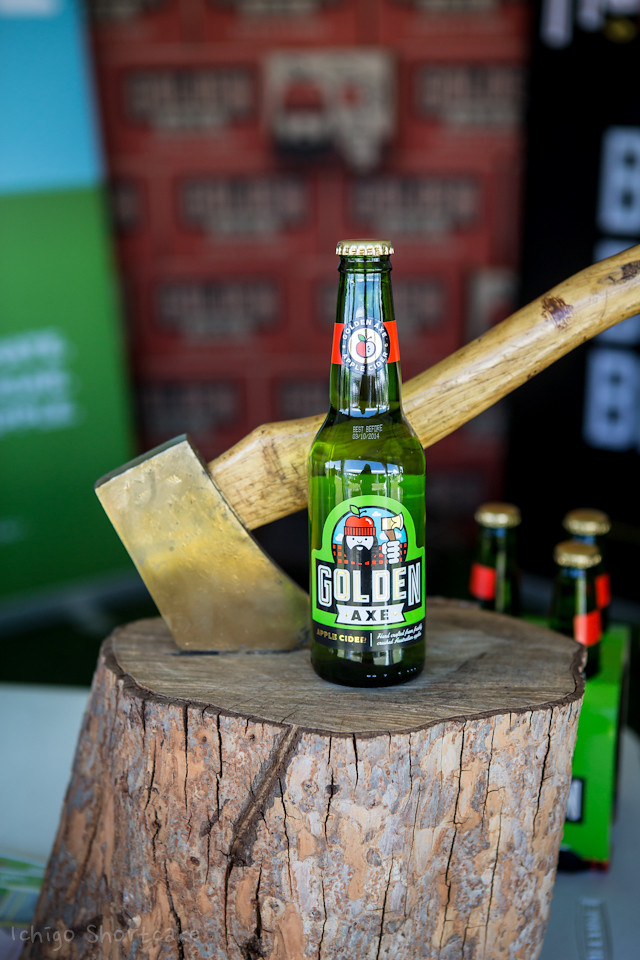 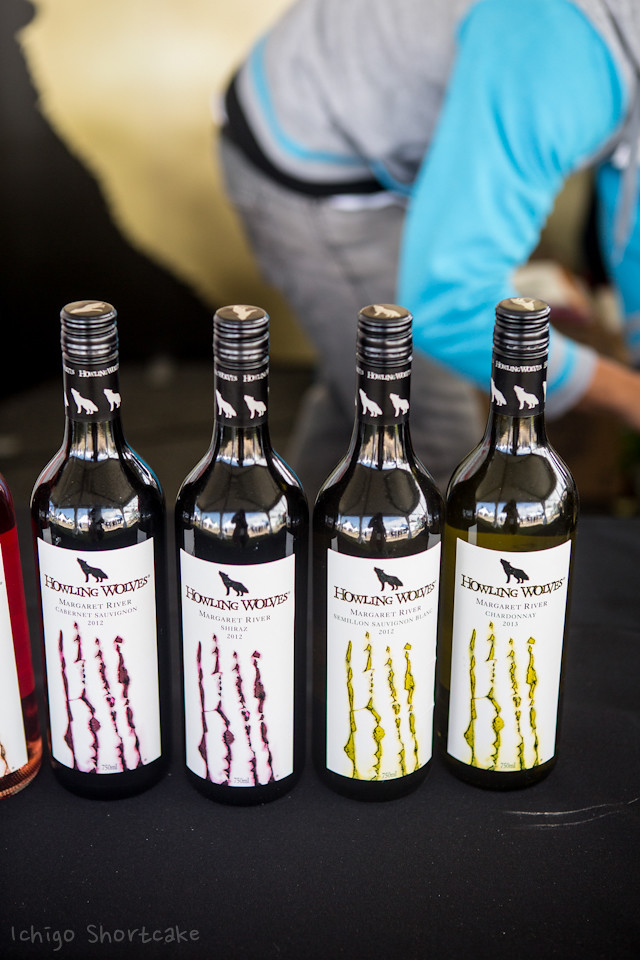 I didn’t have quite as much time as I hoped as my parking was up but I did get to sample some of the wines on offer and watched Dani and Alice cooking up a storm at the Taste Kitchen presented by Canon. 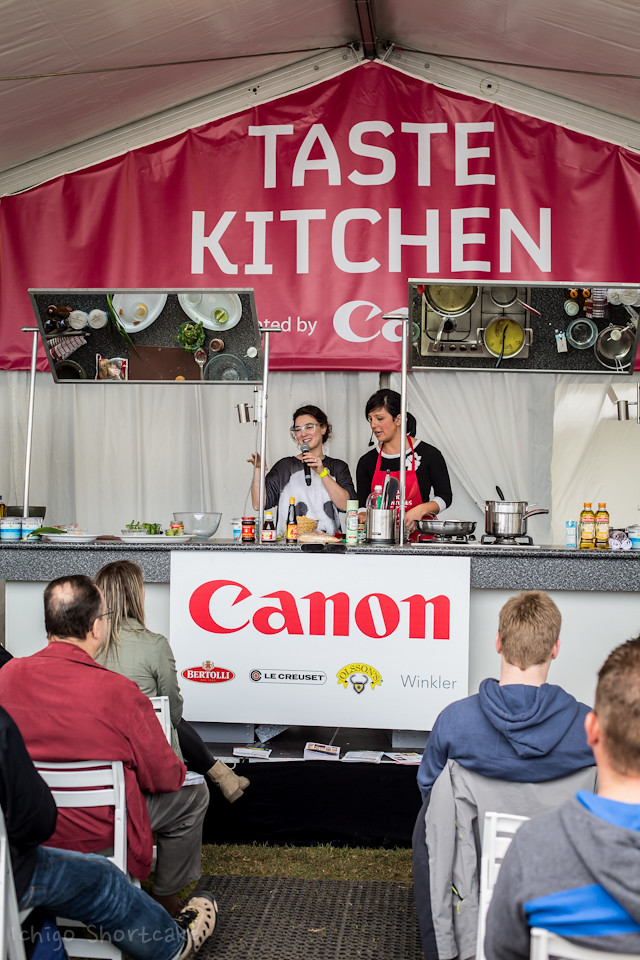 The one big flaw that I found with moving from the REB to Albert Park was my muddy shoes! Even with floor coverings, the mud after a night of rain just seeped right through the cracks and onto my shoes. Next year, I will have to remember to wear some boots and to blog it a LOT earlier.

Disclaimer: Ichigo Shortcake received a media pass to the Taste of Melbourne but all crowns were paid for by herself.