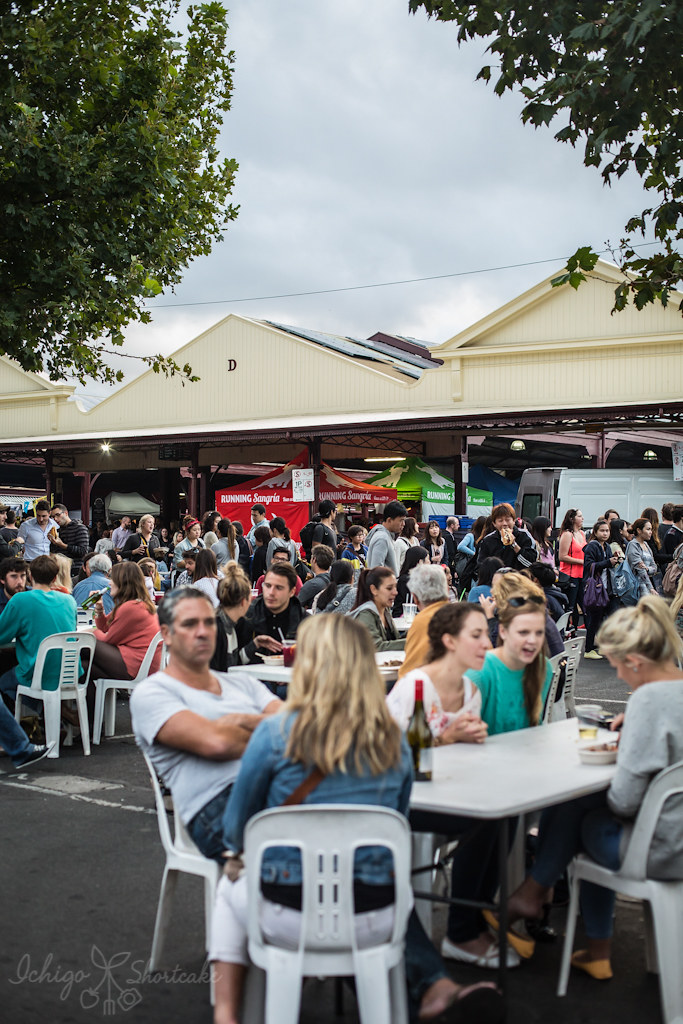 I originally didn’t want to post this up as the Queen Victoria Market Night Markets had already ended for 2013/2014 but after watching MasterChef last night I realised I just had to. Yuye and I were actually at the Night Market that night when MasterChef was filming but we were one step too late. When we arrived, the set was already being cleaned up and the contestants were no where to be seen. What a shame because I would have fought to the front of all those lines to get a taste of their food! 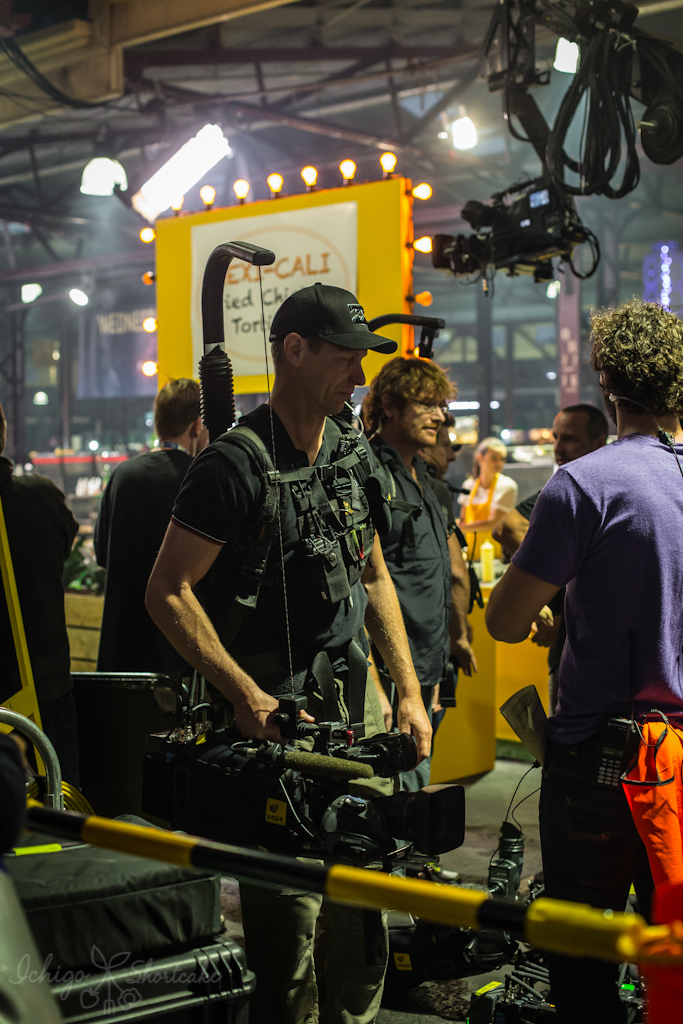 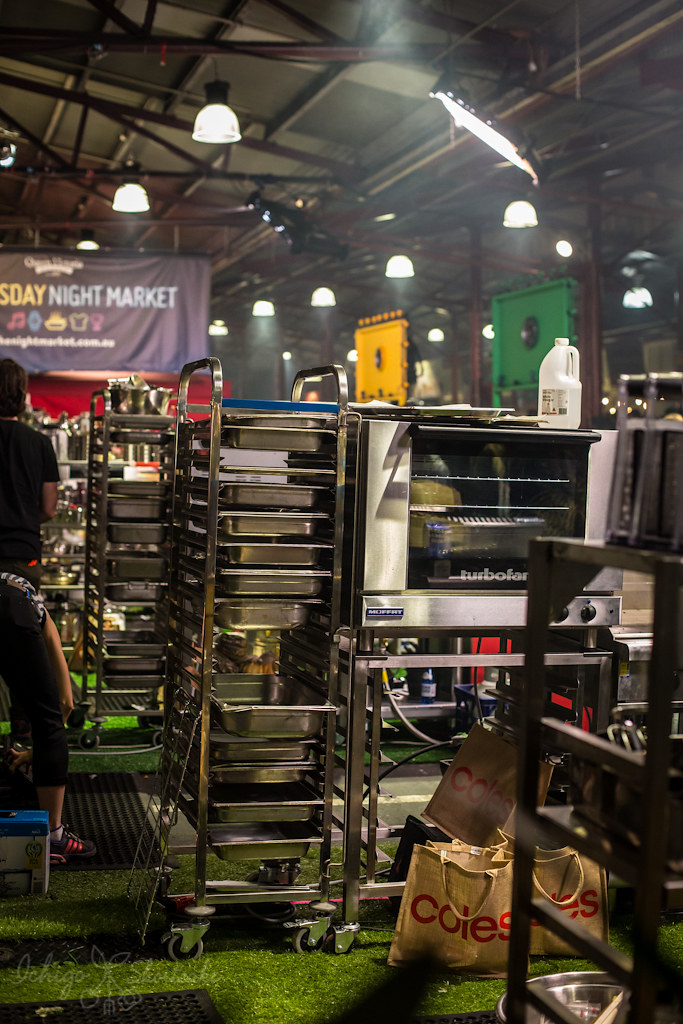 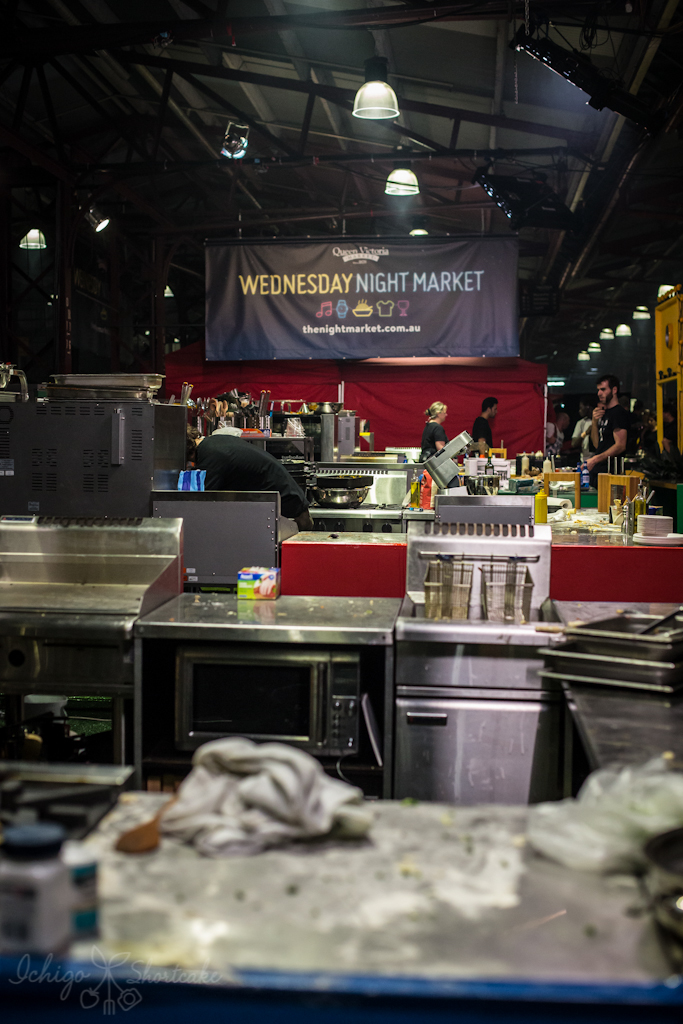 The intense energy of the market remained even after the MasterChef shoot as there really was a lot of people. Melbournians love good food, especially at a market. It’s the vibe, the smell, the excitement and buzz that a market brings that makes it such a unique and fun experience. So every Wednesday night while the Night Market at QVM lasted through summer brought that many people together. 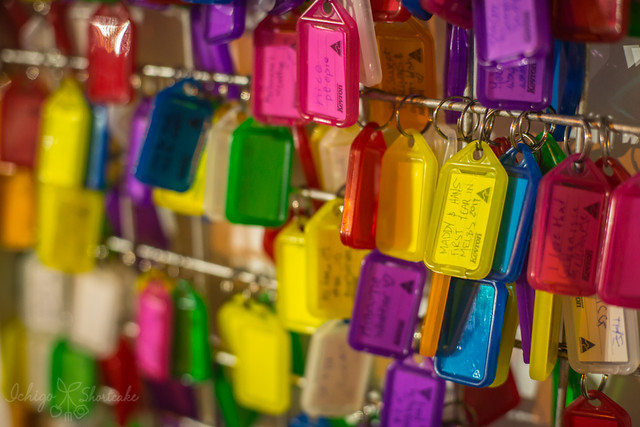 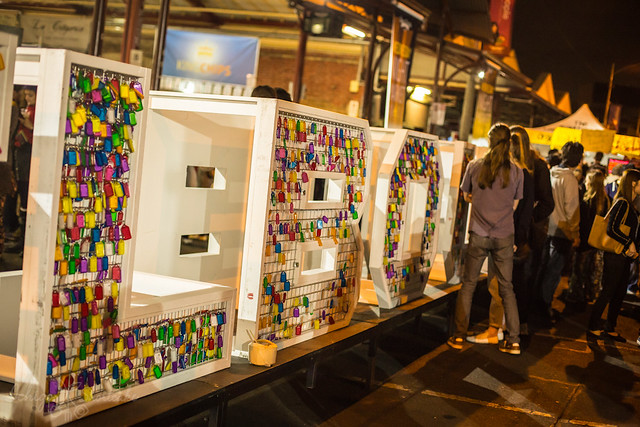 We hardly had room to walk let alone trying to sit down but we did manage to grab a few bites while we were there. We tried the beef ribs ($12) from Senor BBQ outside which we found almost inedible because it was way too chewy and difficult to eat standing up. Juices flowed down my arms while I tried and tried to get meat off that bone. It was tasty although a little under seasoned. 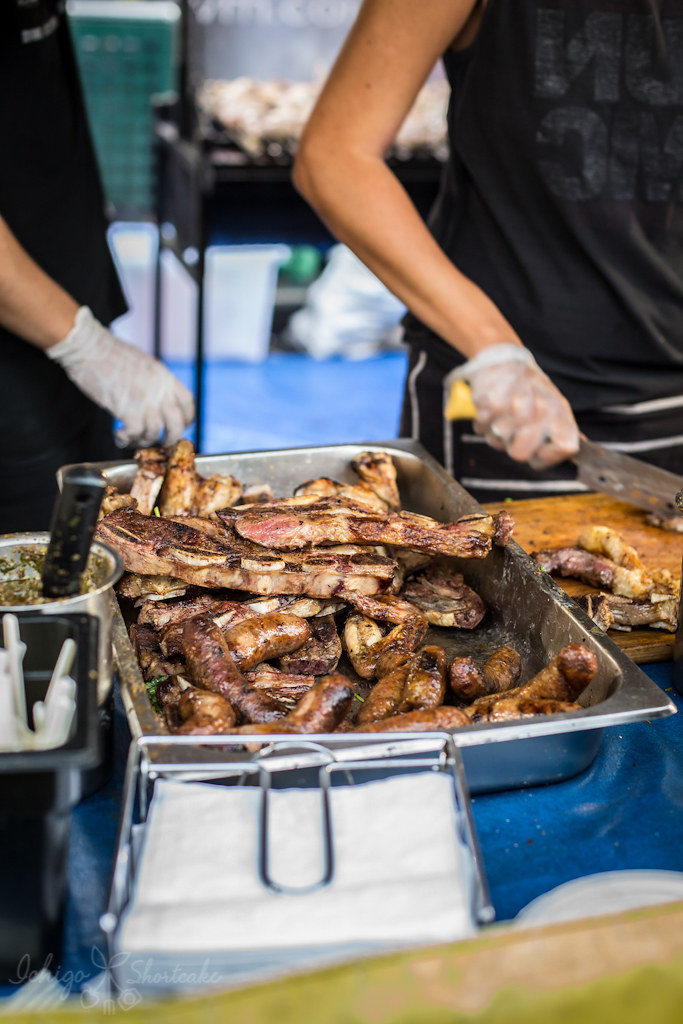 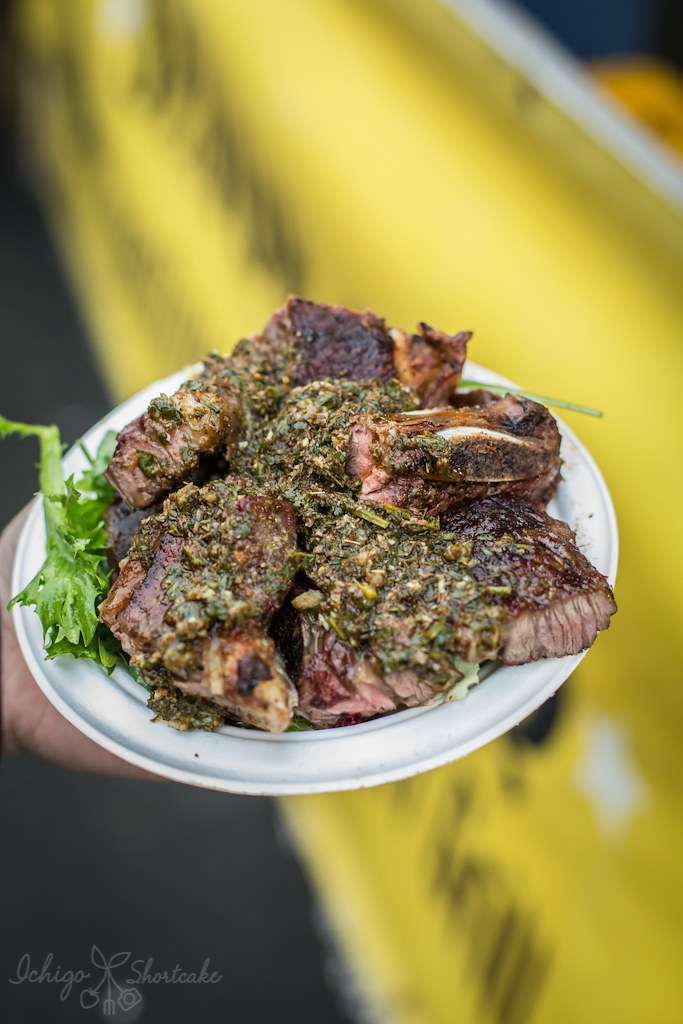 We also tried the pork ribs from a stall inside (also $12) which came with coleslaw. It was much better since we could actually get the meat off the bone reasonably easily. 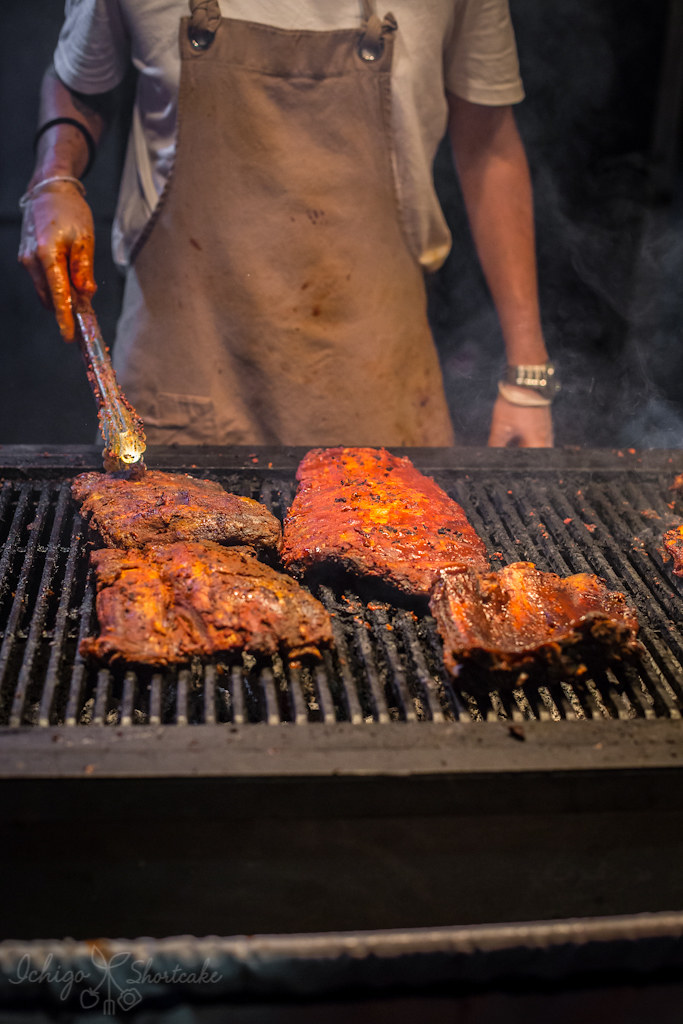 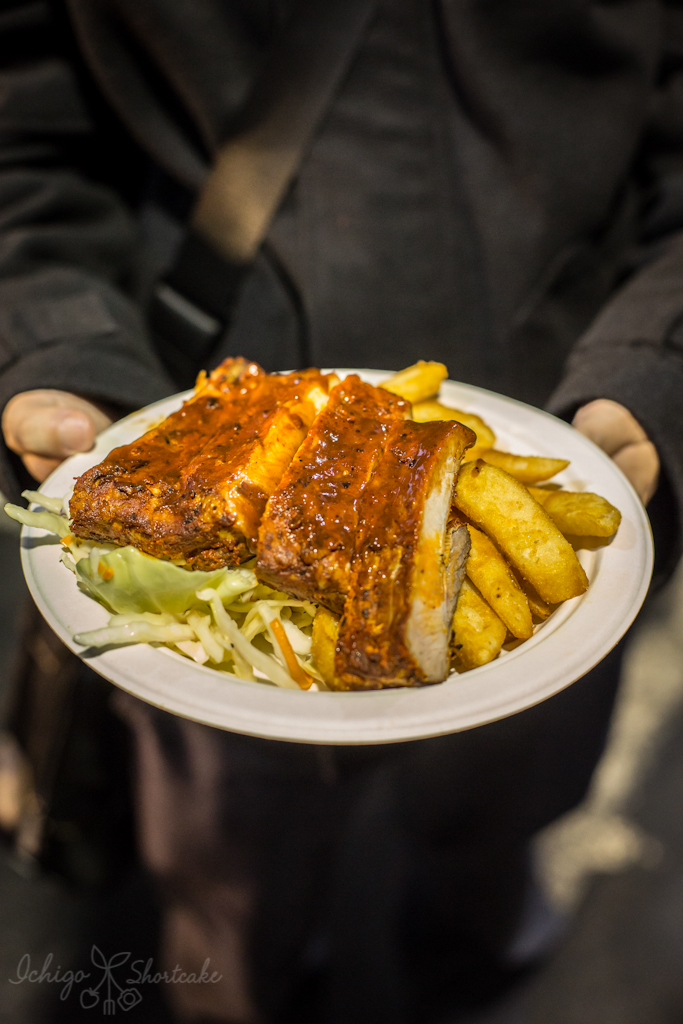 But our unanimous vote went to the pork belly and chicken skewers by Hoy Pinoy (a Filipino BBQ and street food stall) which came at 2 skewers for $10, or 1 for $6. They were both so tender, so juicy, so well seasoned that I could seriously eat a truck full of them. The pork belly was fatty, just how I like it. I’m craving for some skewers as I type, that’s how good they were. 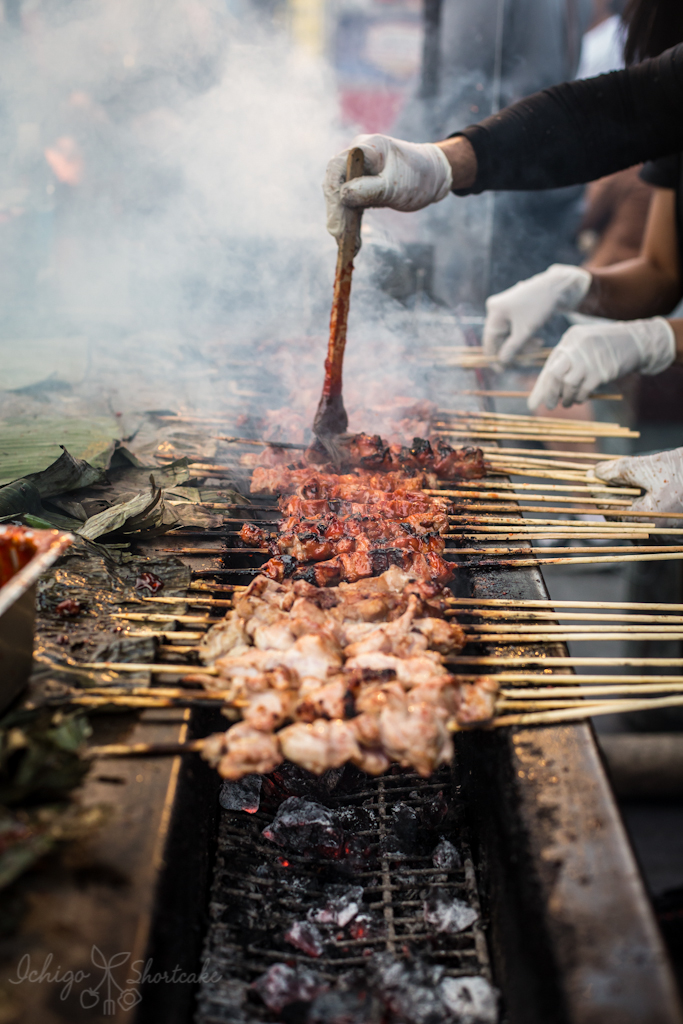 Luckily, Hoy Pinoy attends most festivals and events you can think of so there’s no lack of their appearance. They are at the QVM every Sunday between 9-4pm for those of you around. The tantalising smell will draw you to their stall for sure.

The sangria we had was not bad as well, although I regretted not getting a beer to go with the skewers. 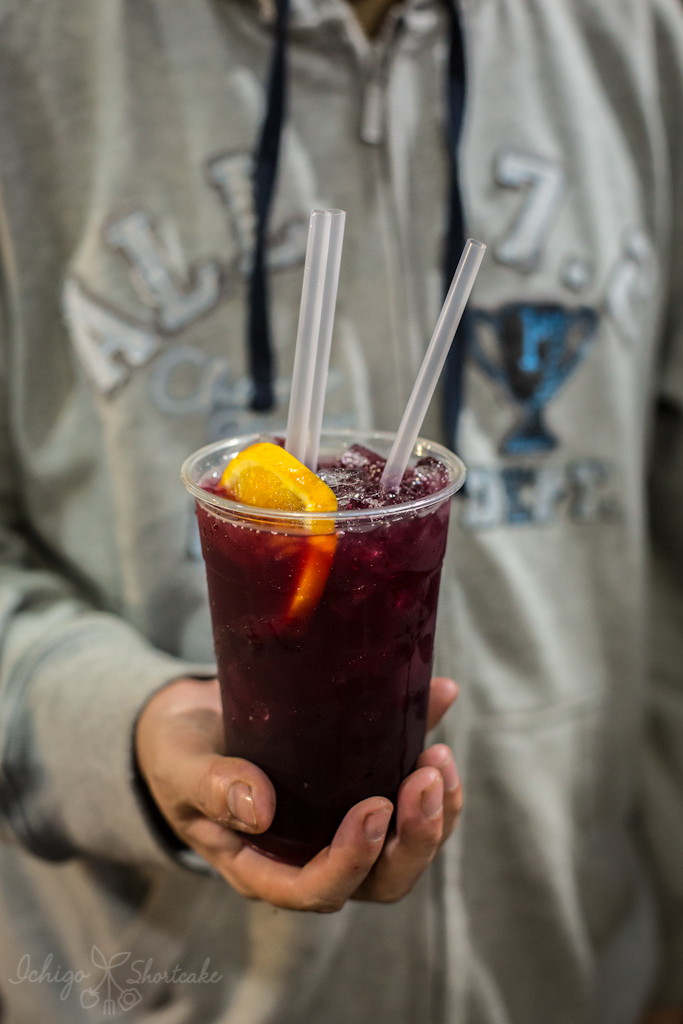 We ended our night on a sweet note with this mango shaved ice with popping boba. For about $6.90 or so it was so big that even 4 of us couldn’t finish it. For a hot night, it was a refreshing and delicious dish. 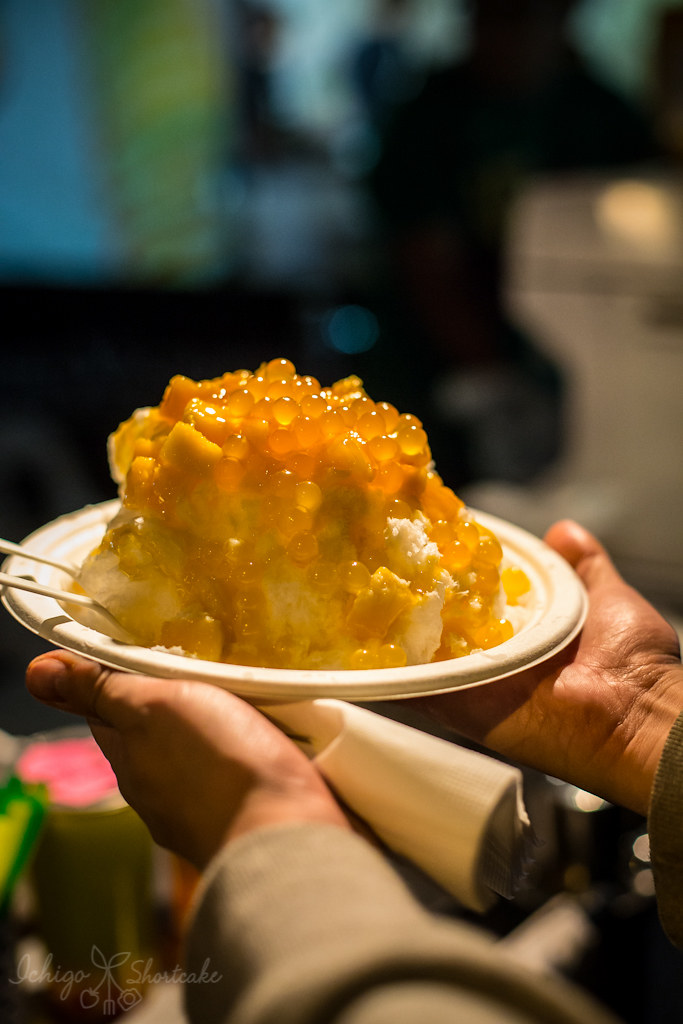 There were of course many food stalls to choose from and plenty of arts and craft stalls to gawk at too. The Summer Night Market will return later this year in November. 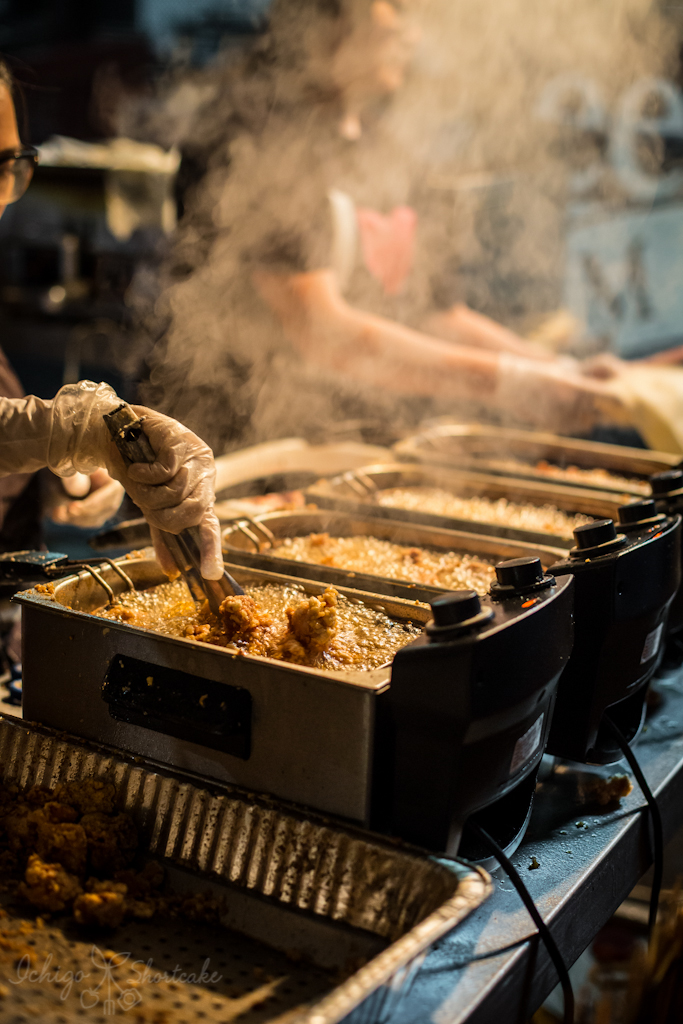 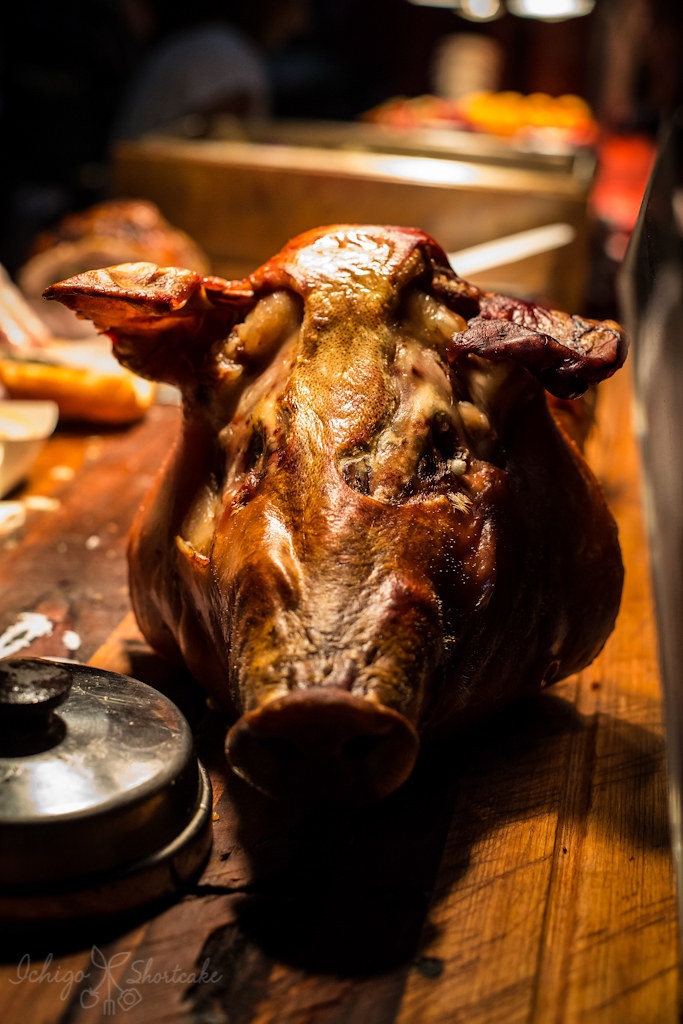 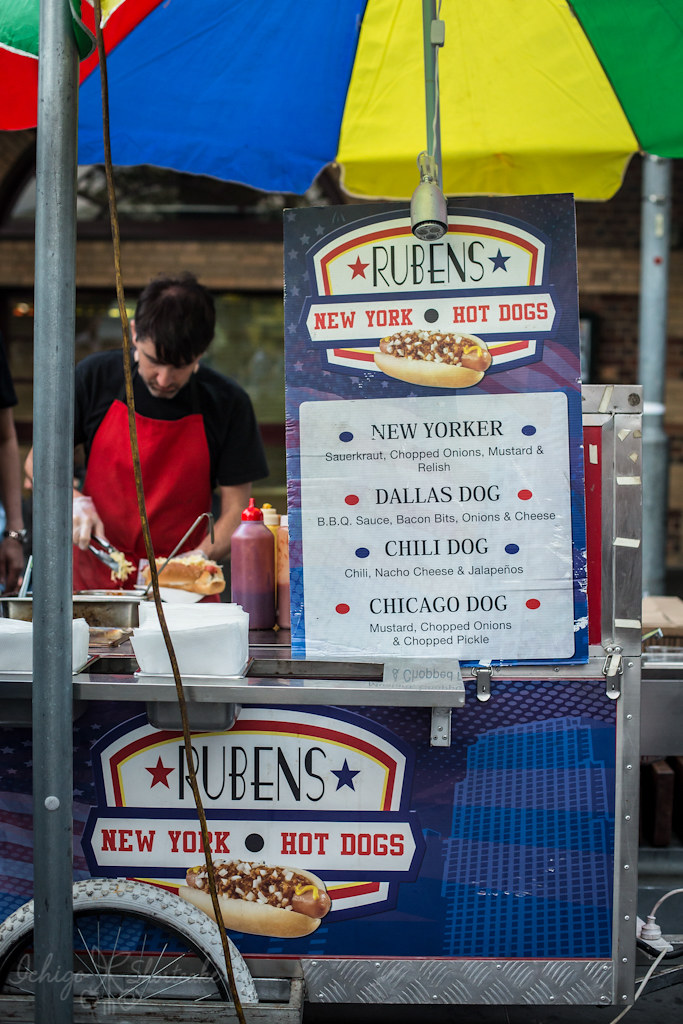 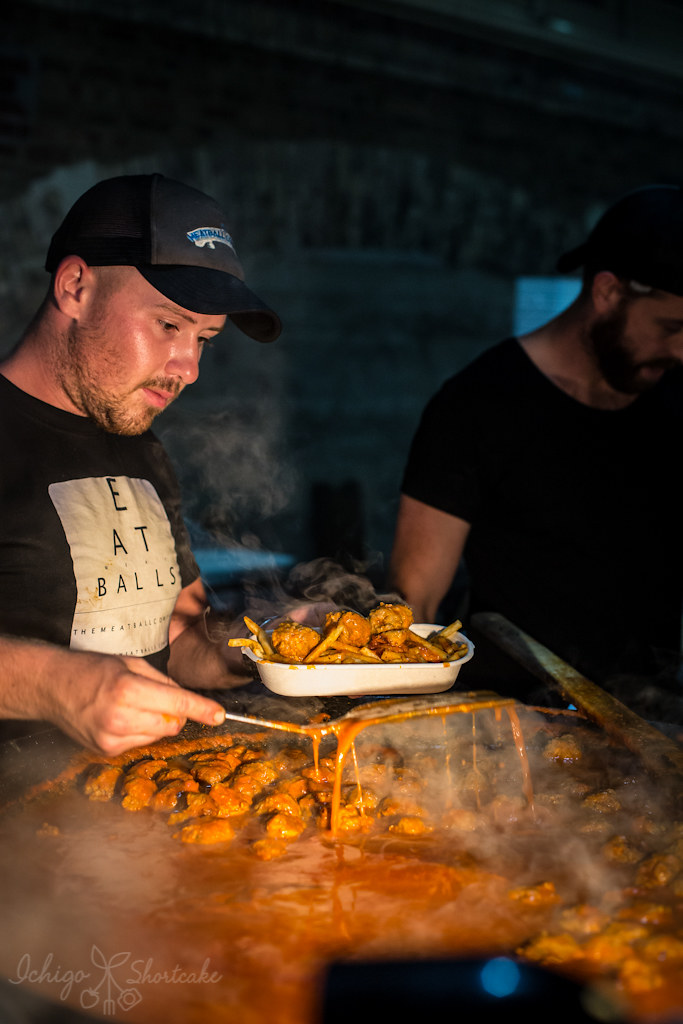 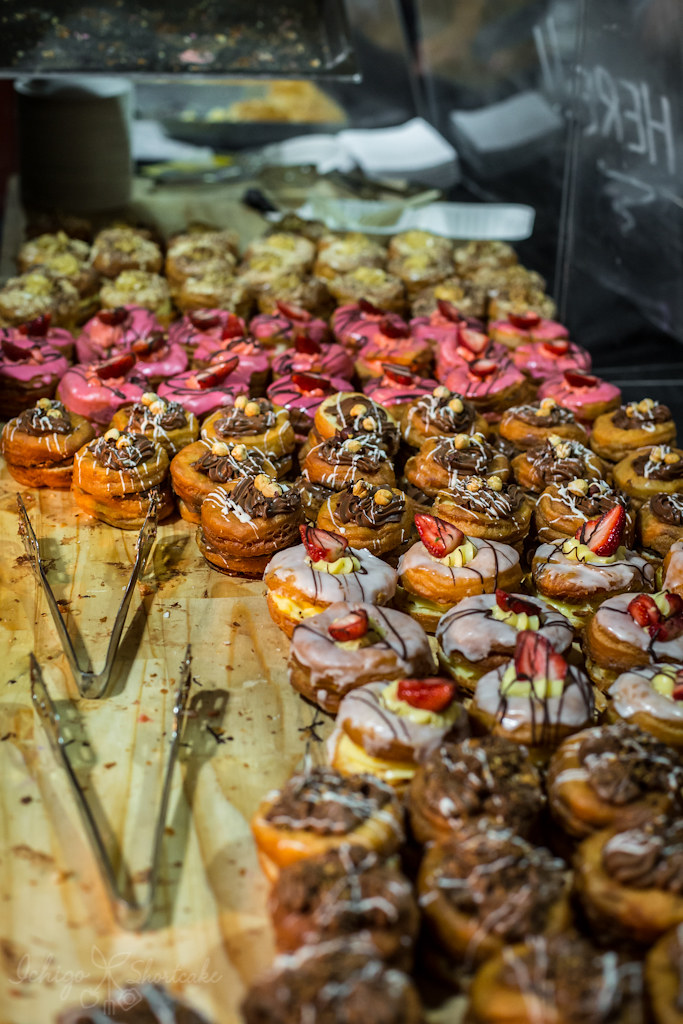 In the mean time, look forward to the Winter Night Market, Luna1878, which runs every Wednesday night between July 9 – August 27 2014. I went to one of these nights 2 years ago.