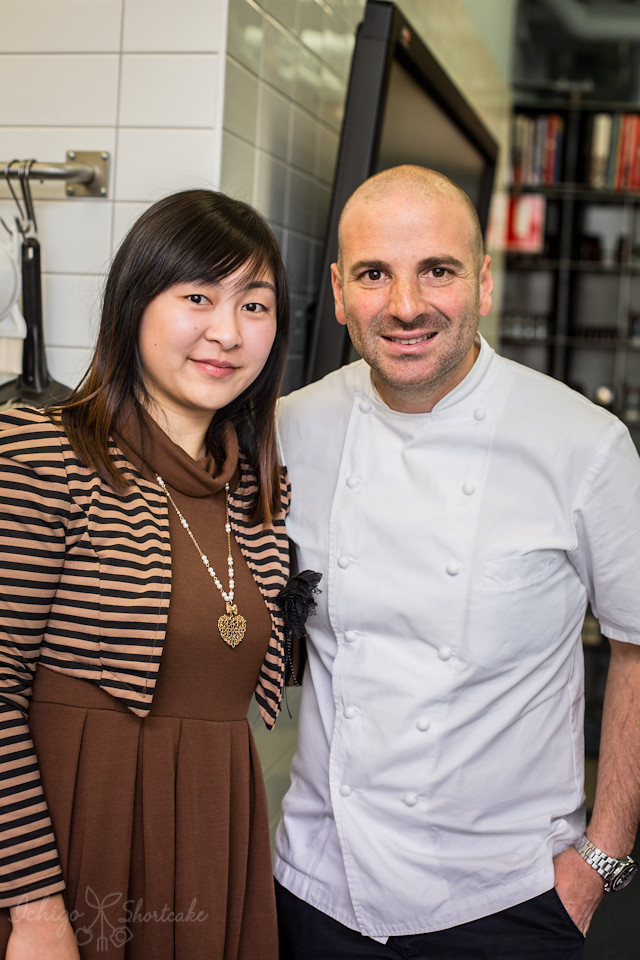 This post is sponsored by Nuffnang and MasterChef Australia.

Ordinary people, extraordinary food. That is the message that MasterChef Australia has been trying to convey to millions of viewers all around the world since it started back in 2009. Now in its 6th season, MasterChef Australia is as exciting as ever and kicked off last night with its first episode in true culinary form. And of course your favourite judges, George Calombaris, Gary Mehigan and Matt Preston are back along with guest celebrity chef Kylie Kwong as a regular guest mentor for the contestants throughout the series.

I didn’t actually get to watch it on TV last night as I was fortunate enough to have actually attended an exclusive MasterChef event for bloggers throughout the whole day, starting with meeting George Calombaris at his famous restaurant The Press Club. 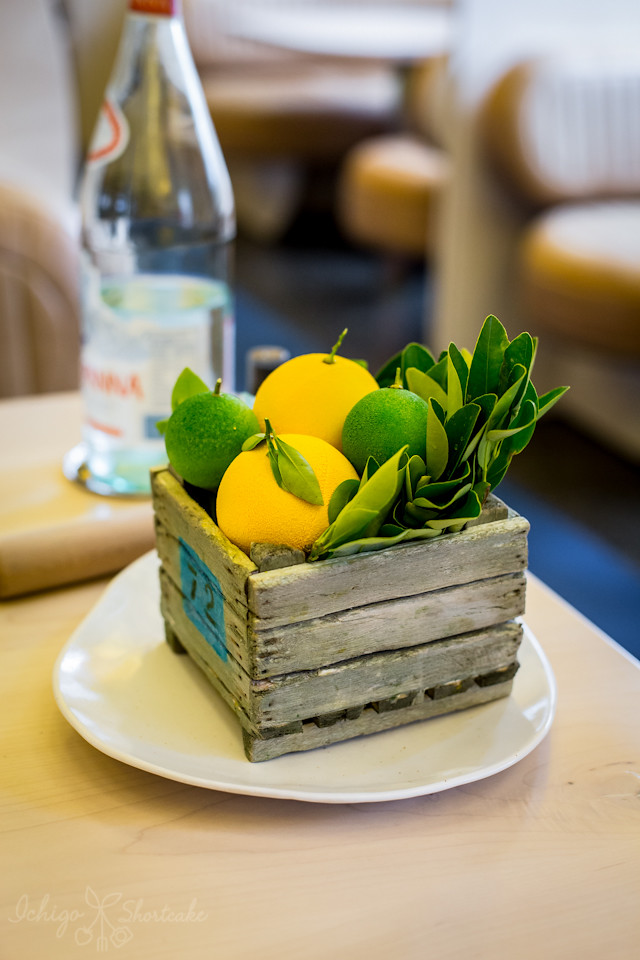 He showed us a truly magnificent dessert that he and his team at The Press Club had prepared for us and what makes it more exciting is that this dessert is actually featured tonight in episode 2!

He explained it as a lemon lime and bitters dessert that truly tests the contestants’ technical abilities. It includes making white chocolate into round spheres, spraying the outside with coloured powder as well as making the lemon curd and a lime jelly to go on the inside. The hardest part is of course the assembly. Anything could go wrong, especially under pressure. 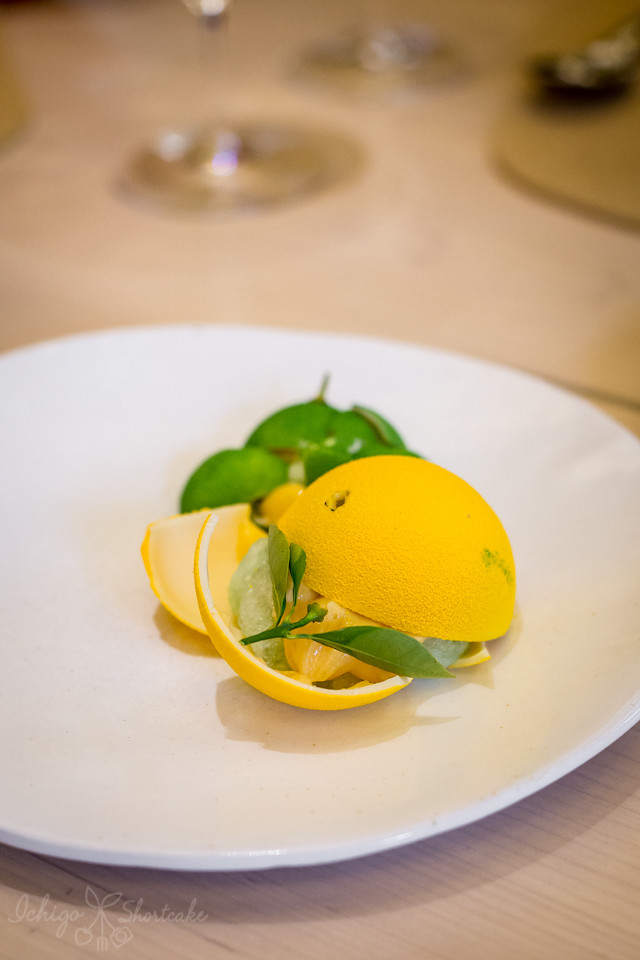 George literally threw the delicate spheres onto plates right in front of our eyes as we stared in surprise and awe. 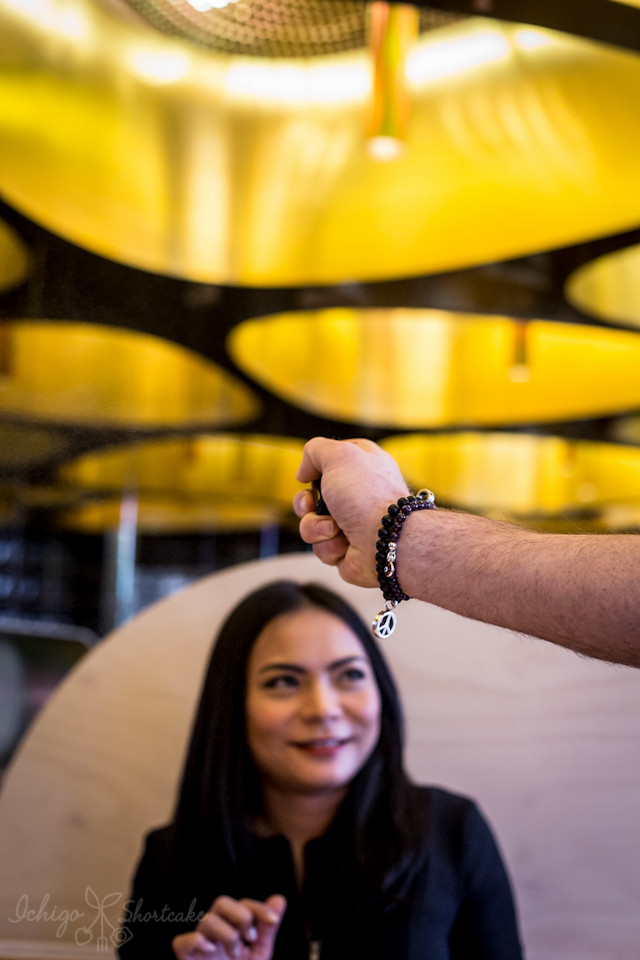 Where is the bitters I hear you ask. George took out a little perfume spray and the next thing I knew, a delicious and sweet fragrance of bitters flowed into my nose. It was definitely a play on our senses and got us all salivating.

The lemon curd was so smooth and tangy while the textures of the jelly and white chocolate mixed around in my mouth in perfect harmony. I was tempted to spray some more of that bitters while I was eating but I managed to restrain myself. 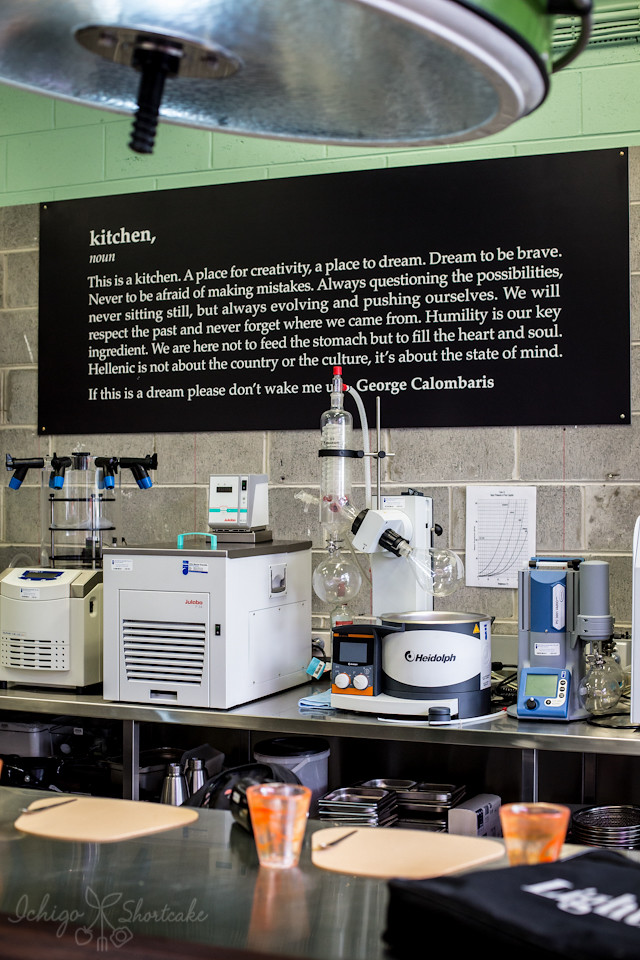 It turned out that George and his team actually made the bitters perfume using high-tech machinery next door in his ‘concept kitchen’ along with hand wipe perfume and other whimsical things that I can’t even start imagining. His machines took a lot of money to set up and can seat up to 8 guests on reservation for culinary and creative meals.

George believes in the Aussie spirit and is proud to call himself Australian while at the same time embracing his Greek roots. That’s what makes his food unique and delicious and that mentality works great in this multicultural Australia. He, Gary Mehigan and Matt Preston (the 3 judges) use these same ideals to bring a great show to the Australian television scene and take it onto the world stage. The show harnesses and nurtures existing and growing talent in amateur home cooks on the show while influencing all of its viewers to get their hands dirty in the kitchen and not be afraid to try new ingredients and cooking techniques.

I’ve been a huge fan of the show ever since season 1 and can’t wait to see what Season 6 has in store for us. According to Gary, this season’s selection criteria had changed compared to other years. Instead of 8000 applications, the MasterChef team actually went out and searched for those individuals with a talent. What this means is more fierce competition and even better cooking than previous years. Are you excited? Because I am.

After the already huge morning with George, I dined along with 2 other bloggers – Bianca from Whole Food Simply and Emily from Fuss Free Cooking at George’s Gazi restaurant. It was the most filling and delicious meal I’ve had in quite some time, but I’ll write a review about that another time. Here’s a few sneak photos to whet your appetite though. 😉 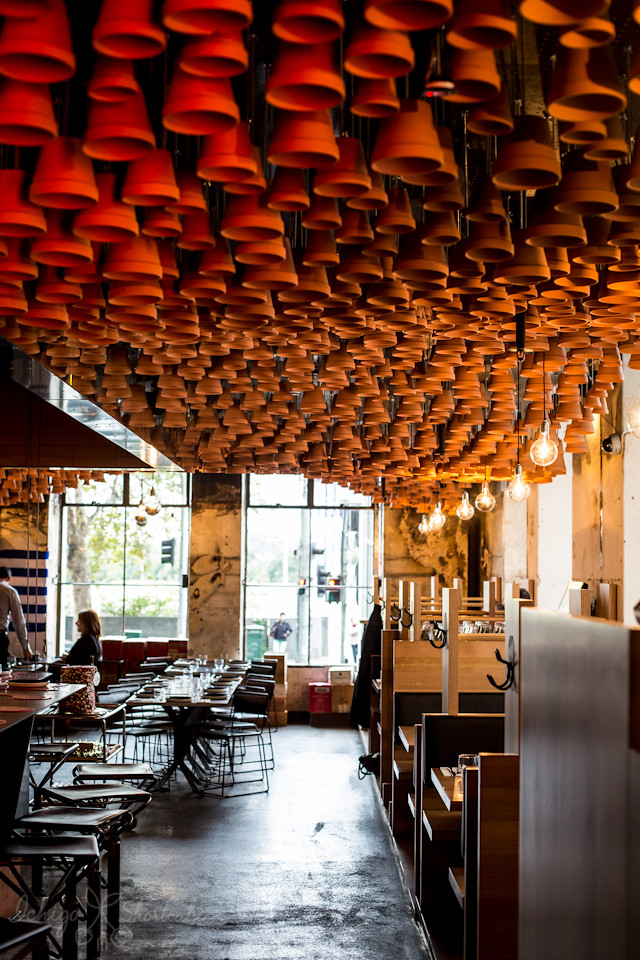 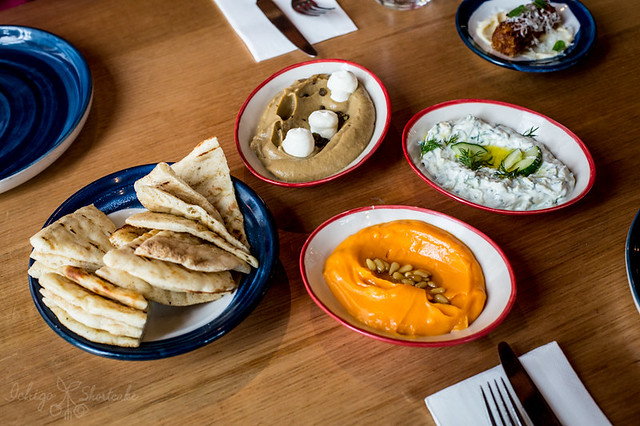 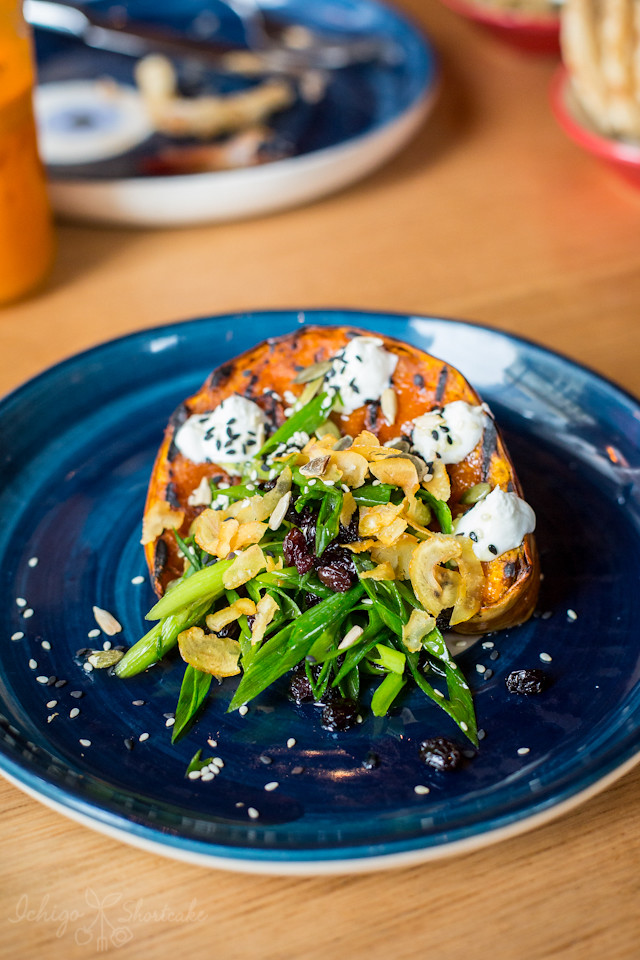 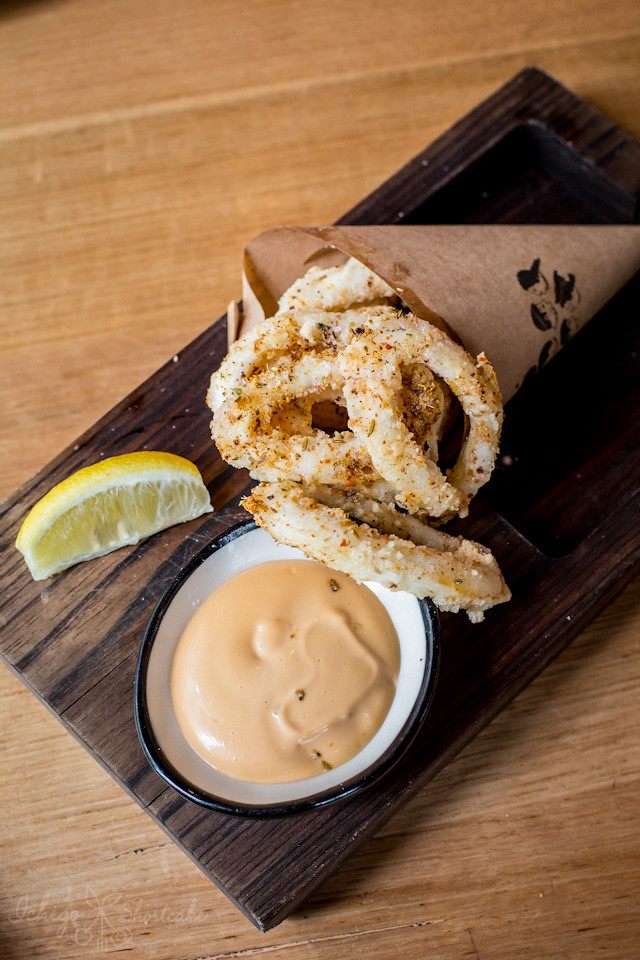 George’s lemon lime and bitters dessert has also inspired me to create a dessert of my own with the same theme. What would it be you ask? You’ll just have to find out tomorrow as it’s currently setting in the fridge as I type!

Please tune in to Channel Ten at 7:30pm tonight for episode 2 of MasterChef Australia Season 6. Don’t forget it airs every Sunday to Thursday at 7:30pm, with the exception of next week which is Sunday to Wednesday only.